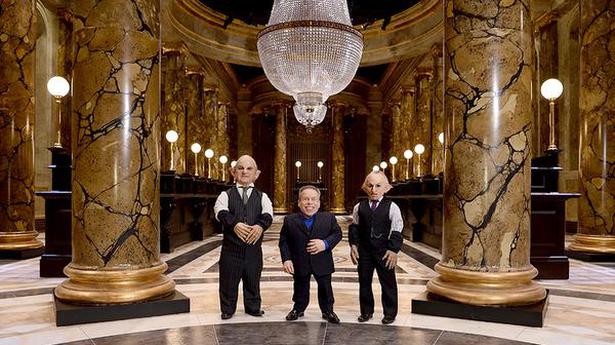 Run by goblins and boasting secure vaults guarded by a dragon, Gringotts Bank is where witches and wizards come to store their money and treasures in the fictional world of Harry Potter.

Now fans of J.K. Rowling’s books and the Hollywood films can walk into the marbled hall of the wizarding bank in a new extension of Warner Bros. Studio Tour London, where sets from the movies have been recreated.

With crystal chandeliers and quills, ledgers and piles of wizard coins on goblin tellers’ desks, the set of Gringotts Wizarding Bank is the London attraction’s biggest expansion since it opened its doors in 2012. Also on show is the vault where villain Bellatrix Lestrange stored her valuables. There are rubberised golden treasures, costumes and restored prosthetics for the films’ goblin looks. The set opens to the public on April 6.

An unidentified gunman opened fire Thursday outside the Moscow headquarters of Russia’s top security agency, killing one officer and wounding five others, officials said. The Federal Security Service, or FSB, said the assailant was acting alone and didn’t enter its building. Earlier, it said the assailant had been neutralized a term usually used by Russian […]