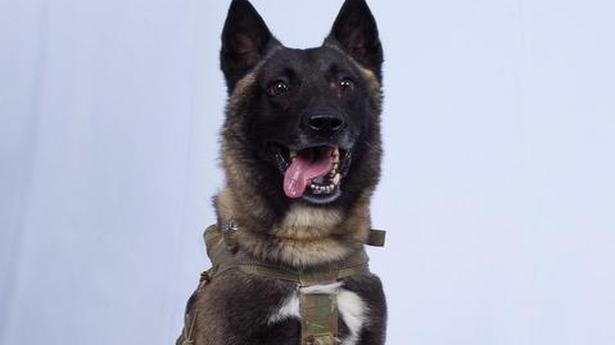 A US service dog who was injured during the raid at the hideout of Abu Bakr al-Baghdadi in northwestern Syria has returned to service, a top American general said.

The dog is a four-year veteran of the SOCOM Canine Program and has been a member of approximately 50 combat missions, US Central Command Commander General Kenneth McKenzie told reporters at a Pentagon news conference on Wednesday.

“He was injured by exposed live electrical cables in the tunnel after Baghdadi detonated his vest beneath the compound,” the general said, adding the dog, whose name was not revealed, has returned to duty.

Editorial | Baghdadi is dead, but the conditions that gave rise to the Islamic State still remain

These special dogs are very good at scenting humans and going after them when they’re not immediately obvious.

Baghdadi’s safe house in northwest Syria was stormed on Sunday by special forces along with military working dogs and chased the world’s most wanted terrorist leader as he tried to flee. He was cornered in a tunnel beneath the building.

Princess Maha Chakri Sirindhorn of Thailand visited the Indian Military Academy in Dehradun on Thursday to strengthen engagement and defence cooperation between the two countries. She was accompanied by a 20-member delegation of Thai diplomats and senior dignitaries. The 64-year-old princess interacted with IMA Commandant Lt. Gen. J.S. Negi and held a range of discussions […]

Two Pakistani-origin sisters from London are believed to be the latest set of mothers to lose their British citizenship for marrying into the Islamic State (ISIS) terrorist group in Syria. Reema Iqbal and her sister, Zara, have five boys under the age of eight between them and are being held in a Syrian detention camp. […]

Turkish President Recep Tayyip Erdogan declared victory in municipal elections but the opposition’s success in key cities dealt a significant blow to his party’s dominance. The ruling party lost the capital Ankara and the race for Istanbul mayor was still too close to call early Monday. Sunday’s local elections were widely seen as a test […]