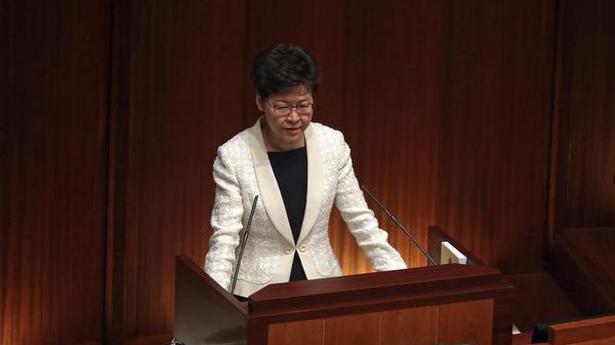 Hong Kong authorities are set to formally withdraw an unpopular extradition bill that sparked months of chaotic protests in the semi-autonomous Chinese city.

The security chief is due on October 23 to announce the bill’s withdrawal in the city’s legislature.

Hong Kong leader Carrie Lam had proposed the amendments to resolve a case involving a man wanted for murder in Taiwan who could not be sent to the self-ruled island because there was no extradition agreement in place.

But the proposal stoked widespread fears residents would be put at risk of being sent into mainland China’s Communist Party-controlled judicial system, and Lam was forced to drop the bill in the face of fierce opposition.

The crisis has snowballed into demands for universal suffrage and an investigation into police tactics.

The International Monetary Fund (IMF) has projected that global growth will be 3.3% in 2019, down from 3.6% in 2018 and 4% in 2017, IMF Chief Economist Gita Gopinath told the press at the release of the World Economic Outlook 2019 April report, at the start of the World Bank IMF Spring Meetings. This lower […]

AirAsia CEO Tony Fernandes has deleted his Facebook account over the circulation of a video of the Christchurch mosques carnage that claimed the lives of 50 people, saying the social media giant needed to “clean up and not just think of financials”. Fernandes, who had 670,000 followers, announced his decision in a series of tweets […]

France’s top court has recognised the right of an Uber driver to be considered an employee, a ruling that could upend the U.S. firm’s business model and potentially require it to pay more taxes and benefits such as paid holidays. The decision by the Cour de Cassation could also have ramifications for France’s wider “gig […]