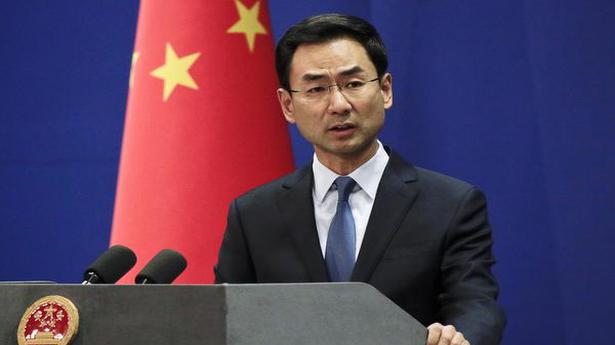 Chinese and U.S. trade officials resumed bargaining efforts on Friday as optimism grew for the two sides to reach an interim agreement and mark a pause in their increasingly damaging trade war.

Wall Street was poised to rally at the open as investors bet a partial pact would see President Donald Trump postpone next week’s scheduled tariff increases on hundreds of billions of dollars in Chinese imports.

Mr. Trump was expected to meet with Beijing’s top trade envoy Liu He later on Friday in a sign the two sides likely expect to make a positive announcement.

The President told reporters on Thursday the talks had so far gone “very well”.

Media reports this week have drawn the contours of a partial deal that, while not addressing Mr. Trump’s core grievances about China’s trade practices, would offer something for both sides.

China will continue to increase purchases of U.S. farm exports and pledge to refrain from currency manipulation while Washington will suspend a tariff increase, Bloomberg reported. Where matters go from there remains to be seen, however.

China has so far balked at Mr. Trump’s demands for profound changes in the way Beijing manages its economy, something analysts say could politically undermine the Communist Party.

Meanwhile, the Trump administration has continued to examine ways in which it could exert more pressure on Beijing. Larry Kudlow, a White House economic aide, said this could include heightened regulatory scrutiny of Chinese companies operating in the U.S.

A U.S. court on Monday sentenced a North Texas man to 20 years of imprisonment for providing material support to terror outfit Lashkar-e-Taiba. U.S. District Judge Reed O’Connor sentenced Michael Kyle Sewell (18), who was arrested in February and pleaded guilty to the conspiracy charge in May. During the sentencing, federal prosecutors introduced evidence that […]

US President Donald Trump has stirred a debate over the impartiality of the World Health Organisation (WHO) accusing it of being too China-centric and thus failing to stop novel coronavirus pandemic. Trump went on to stop the US’s fund to the WHO. The US has been the biggest contributor to the WHO purse, which has […]