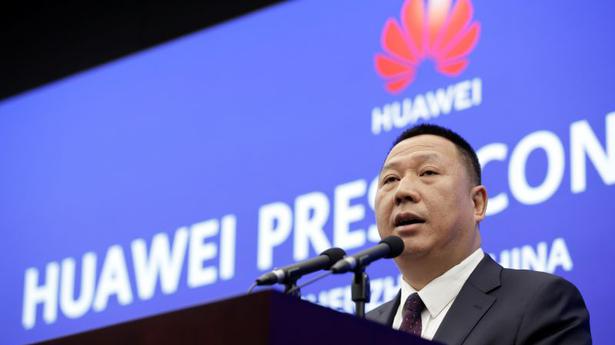 Chinese tech giant Huawei filed a motion in a U.S. court on Wednesday challenging the constitutionality of a law that limits its sales of telecom equipment, the latest action in an ongoing clash with the U.S. government.

In March, Huawei launched its suit against the section of the U.S. national defense law in Plano, Texas, the headquarters of its U.S. operations. The complaint calls the U.S. provision a “bill of attainder,” which selectively punishes Huawei and violates due process by presuming Huawei’s guilt without a fair trial. The summary judgment motion seeks to accelerate the legal process to give U.S. customers access to Huawei equipment sooner, according to a Wednesday statement from Huawei.

Song Liuping, the firm’s legal officer, said the “state-sanctioned campaign” against the company will not improve cybersecurity.

“Politicians in the U.S. are using the strength of an entire nation to come after a private company,” he said. “This is not normal.”

The U.S. and China are embroiled in a protracted trade dispute and tariff war that began last July following complaints from President Donald Trump that China steals from or pressures foreign companies to hand over technology while unfairly subsidizing Chinese businesses. The most recent round of negotiations earlier this month ended with no agreement, after Mr. Trump more than doubled duties on $200 billion in Chinese imports. China responded by raising tariffs of 5% to 25% on $60 billion worth of American goods.

Soon afterward, the U.S. Commerce Department placed Huawei on its “Entity List,” effectively barring U.S. firms from selling its technology without government approval. Huawei relies heavily on U.S. components, including computer chips, and about one-third of its suppliers are American.

The move has already affected the company’s U.S. partnerships. Google said it would continue to support existing Huawei smartphones, but future devices won’t carry its flagship apps and services, including maps, Gmail and search a change that will likely make Huawei phones less appealing.

Mr. Song said the U.S. is setting a “dangerous precedent.”

“Today it’s telecoms and Huawei,” he said. “Tomorrow it could be your industry, your company, your consumers.”

A massive explosion at a multi-story building rocked French capital Paris, which was caught on camera by witnesses and widely shared on social media. #BREAKING : Paris , France – Central Paris has been rocked by an explosion and fire in a residential building in the 19th arrondissement of the city. Video Credit : Mayespic.twitter.com/ODp3UIme12 […]

As voting ended on Saturday, the rival political camps of Goatabaya Rajapaksa and Sajith Premadasa in Sri Lanka’s presidential election appeared confident that the high turnout would push their candidate past the required 50% mark. A second round of counting will be undertaken to tally preference votes if neither contestant secures over half the vote […]