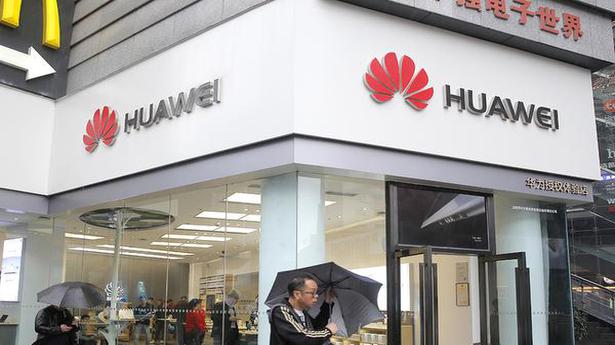 Chinese telecoms equipment maker Huawei Technologies sued the U.S. government on Thursday, saying a law limiting its U.S. business was unconstitutional, ratcheting up its fight back against a government bent on closing it out of global markets.

Huawei said it had filed a complaint in a federal court in Texas challenging Section 889 of the National Defense Authorization Act (NDAA), signed into law by President Donald Trump in August, which bars federal agencies and their contractors from procuring its equipment and services.

The lawsuit marks the latest confrontation between China and the U.S., which spent most of 2018 slapping import tariffs on billions of dollars worth of each other’s goods. The year ended with the arrest of Huawei’s chief financial officer (CFO) in Canada at U.S. request, to the consternation of China.

Long before Mr. Trump initiated the trade war, Huawei’s activities were under scrutiny by U.S. authorities, according to interviews with 10 people familiar with the Huawei probes and documents related to the investigations seen by Reuters.

“The U.S. Congress has repeatedly failed to produce any evidence to support its restrictions on Huawei products. We are compelled to take this legal action as a proper and last resort,” Huawei Rotating Chairman Guo Ping said in a statement.

“This ban not only is unlawful, but also restricts Huawei from engaging in fair competition, ultimately harming U.S. consumers. We look forward to the court’s verdict.” While Huawei had very little share of the U.S. market before the Bill, it is the world’s biggest telecoms gear maker and is seeking to be at the forefront of a global roll-out of 5G networks.

The privately owned firm has embarked on a public relations and legal offensive as Washington lobbies allies to abandon Huawei when building 5G networks, centring on a 2017 Chinese law requiring companies cooperate with national intelligence work. “The U.S. government is sparing no effort to smear the company and mislead the public,” said Mr. Guo in a news briefing at Huawei’s headquarters in China.

A powerful explosion hit central Kabul on Sunday, wounding Afghan President Ashraf Ghani’s running mate on the first day of official campaigning for a presidential election and killing at least two others, officials said. There was no immediate claim of responsibility for the attack, which came as officials have been looking ahead to an expected […]

Thailand on Tuesday confirmed six more cases of coronavirus among visitors from China, bringing the country’s total to 14 cases, a health official said. Five of the new cases, aged 6 to 70 years, came from Hubei province and are part of the same family, the deputy director-general of the Department of Disease Control, Tanarak […]