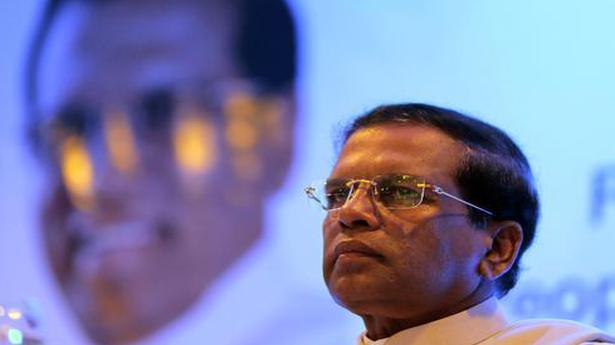 President Maithripala Sirisena has said he was not aware of likely bomb attacks in the country, though Sri Lankan security agencies had received prior intelligence, including from India, on the imminent threat.

The information received from the State intelligence agencies was not passed on to him by relevant officials, said President Sirisena, who helms the Law and Order, and Defence ministries. “If they had done so, I would have taken immediate action. I have decided to take strict action against those who failed in their duty,” he said, addressing the nation via television on Tuesday night. The country’s security apparatus will be restructured in the coming days, with key leadership changes in “24 hours”.

Following Sunday’s serial bombings, which killed more than three hundred people, Prime Minister Ranil Wickremesinghe too had said that he was not kept updated of the imminent security risk, though intelligence agencies knew of it.

Meanwhile, responding to Sri Lanka’s claim that the Easter Sunday attacks were a retaliation to the New Zealand Christchurch mosque attack in March, New Zealand Prime Minister Jacinda Ardern has said that her government was not aware of any intelligence. “We haven’t received anything officially nor have we received any intelligence reports that corroborate what has been said in Sri Lanka,” PM Ardern had said.

In late August, the seventh Tokyo International Conference on African Development (TICAD) was held in the port city of Yokohama, as Japan stepped up its efforts to counter China’s muscle in Africa. The summit emphasised Tokyo’s attempt to shift its relationship with the African continent, away from the development assistance that has been its motor […]

Sitting under an olive tree in the Israeli-occupied West Bank, Muftia Tlaib, 90, scoffs at the attention she has recently received from the President of the United States. “May God ruin him,” she says. Ms. Muftia is the grandmother of U.S. Congresswoman Rashida Tlaib, at the centre of an episode that has drawn Donald Trump […]