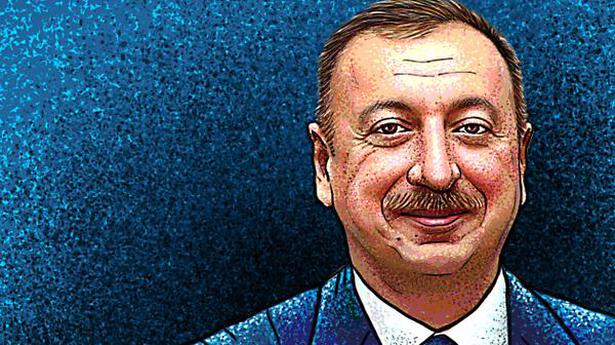 With the recent military victory over Armenia, Ilham Heydar Oglu Aliyev, Azerbaijan’s President, has regained some of the territory the country lost to its neighbour in the 1991-94 war. The bigger challenge before the 56-year-old leader is to win the hearts of the thousands of Armenians in the area restored to his country, who must live alongside the Azeri population that has been fed on mistrust and hatred about them. Right through the six-week confrontation, however, Mr. Aliyev demanded an apology from Armenia, ruled out a dialogue and insisted on the capture through military force of the Armenian majority region of Nagarno-Karabakh, which seceded from Azerbaijan towards the end of the Soviet Union.

The President’s handling of the decades-long dispute demonstrated a total disregard of the 1975 Helsinki principles of the Organisation for European Security and Cooperation (OESC), which prohibit the use of force and accord recognition for the equal right to self-determination.

The long political career of the ex-oil executive, who has received a doctorate in political science and other honours for his contribution in the arena of sports, predates his anointment as Prime Minister by his ailing father and former President ahead of the 2003 Presidential bid. While that election was widely criticised as rigged, Mr. Aliyev’s 17-year rule has been marked by an authoritarian style of governance at home, leveraging the country’s oil wealth and the pursuit of deft diplomacy abroad.

Mr. Aliyev dispensed with the constitutionally stipulated two term limit for the President in a 2009 referendum, one year after his re-election. He was merely following in the footsteps of his father who, in a 2002 plebiscite, made a provision for the President to be succeeded by the Prime Minister, rather than the Speaker of Parliament.

His tightly controlled 2016 referendum to alter the constitution was severely criticised by the Venice Commission, a Council of Europe body which monitors constitutional law. Among the sweeping changes were the extension of the presidential term from five to seven years and the creation of the office of Vice President. The position, occupied by Mr. Aliyev’s wife Mehriban Aliyeva since February 2017, makes her a potential frontrunner for the presidency. Activists alleged that the move contravened the provisions of an anti-corruption law that barred officials from appointing close relatives to serve under them. Another change, to dispense with the age criterion for candidates, sparked speculation that Mr. Aliyev could be grooming his son for high office one day.

The extensive human rights abuses against activists challenging the Aliyev family’s record of corruption has garnered global attention. Most notable is the May 2019 European Court of Human Rights’ unanimous ruling on Baku’s infringement of its original 2014 verdict. The latter relates to the detention between 2013 and 2018 of Ilgar Mammadov, a prominent opposition politician, who had proposed to contest the 2013 presidential race. Mr. Mammadov was finally acquitted in April 2020.

In 2016, U.S. Congressmen proposed the Azerbaijan Democracy Act to sanction individuals in the higher echelons of the country’s political and administrative apparatus. The European Parliament in the previous year adopted a resolution condemning the ban on peaceful protests in the capital Baku since 2006 and the intimidation and repression of defenders of human rights under Mr. Aliyev’s watch.

The release among others, of Khadija Ismayilova, the investigative journalist who was sentenced to seven and a half years was seen as an attempt to mollify western powers by Mr. Aliyev’s government faced with a financial crunch following the slump in oil prices.

And then he launched the war in late September and the military gains seem to have bolstered his strongman image. After six weeks of fighting, Mr. Aliyev agreed to end the operations in the Russia-brokered deal in return for Armenia’s retreat. The peace-keeping deal, however, is not substantially different from the ceasefire of the 1990s the senior Aliyev brokered but without any lasting settlement. That’s the challenge President Ilham Aliyev is facing even amid victory.