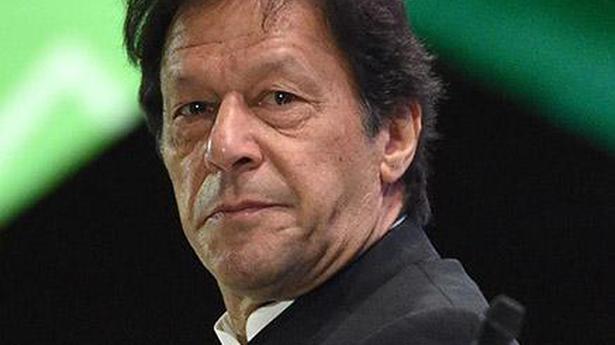 Pakistan Prime Minister Imran Khan on Saturday accused the BJP of “whipping up war hysteria”, saying its false claim of downing a Pakistani F-16 has “backfired”, days after a leading American magazine claimed that none of the US-manufactured fighter jets of the PAF were missing.

The Indian Air Force, however, stuck to its stand on Friday, saying that it had conclusive proof of shooting down a PAF F-16 on February 27.

Reacting to the Foreign Policy report, Mr. Khan took to Twitter to criticise the ruling BJP. “The truth always prevails and is always the best policy. BJP’s attempt to win elections through whipping up war hysteria and false claims of downing a Pak F-16 has backfired with US Defence officials also confirming that no F-16 was missing from Pakistan’s fleet,” he said in a tweet.

Brexit delay is pointless: Boris Johnson appeals MPs to back his deal

United Kingdom Prime Minister Boris Johnson on Saturday warned against any further delay in Britain’s departure from the European Union (EU), saying there was “little appetite” for another extension. Making an appeal to the lawmakers to back his last-minute Brexit deal, Boris Johnson said that further delay would be “pointless and expensive”. As the MPs […]

China has reported 99 new coronavirus cases, the highest in a single day in recent weeks, and 63 fresh asymptomatic infections, taking the total number of patients in the country to 82,052, health officials said here on Saturday, amid concerns about a second wave of the pandemic. According to China’s National Health Commission (NHC), as […]

Brazil’s President Jair Bolsonaro on Tuesday called young Swedish environmental activist Greta Thunberg a “brat” after she expressed concern about the slayings of indigenous Brazilians in the Amazon. Mr. Bolsonaro questioned the coverage news media have given Thunberg, 16, who on Sunday tweeted a link to a story about the murder of two indigenous people […]