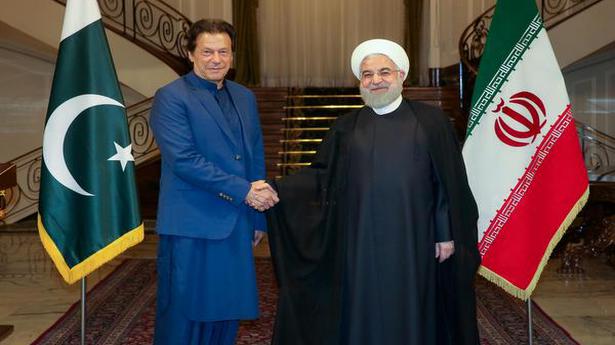 Pakistan Foreign Office in a statement said Mr. Khan discussed the situation in Kashmir with Mr. Rouhani and expressed gratitude over “Iran’s support” on the Kashmir issue.

Pakistan has been trying to internationalise the Kashmir issue after India withdrew the special status of Jammu and Kashmir on August 5, but New Delhi has asserted that the abrogation of Article 370 was its “internal matter” and has asked Islamabad to accept the reality.

India has also said that there is no scope for any third party mediation on the Kashmir issue.

It was Prime Minister Khan’s second visit to Iran this year. He also had a bilateral meeting with the Iranian President on the sidelines of the 74th UNGA Session in New York in September. He is expected to visit Saudi Arabia on Tuesday.

British Prime Minister Boris Johnson has reportedly apologised to Queen Elizabeth II over the Supreme Court verdict earlier this week against his decision to prorogue Parliament. Mr. Johnson telephoned the Queen on Tuesday after the UK Supreme Court ruled that he had been unlawful to suspend Parliament for five weeks, The Sunday Times reported. A […]

North Korea threatened again on Thursday to resume nuclear and long-range missile tests, accusing the US of having instigated some members of the UN Security Council to condemn its recent weapons tests. The warning by Pyongyang’s Foreign Ministry followed the weekend breakdown of North Korea-U.S. nuclear negotiations in Sweden, the first such talks between the […]

South Korea Sunday began two days of war games to practise defending disputed islands off its east coast against an unlikely attack from Japan, further stoking tensions between the Asian neighbours. The annual drills come just days after Seoul terminated a military intelligence-sharing pact with Tokyo, with the countries at loggerheads over Japan’s use of […]