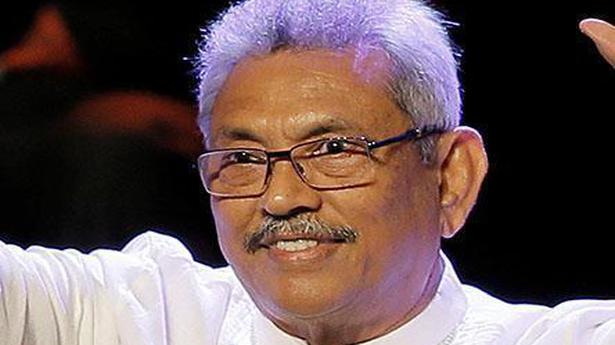 Hardly any election-related poster is visible in Batticaloa town, much like the rest of Sri Lanka, since the Election Commission banned banners and cut-outs last month. All the same, voters appear all set for the November 16 presidential poll, going by the many pocket meetings here, where voters are thrashing out positions.

Residents of Batticaloa district, and those in neighbouring Trincomalee and Ampara – which together form Sri Lanka’s scenic Eastern Province along the east coast — consider this election crucial. Not only because they get to choose a new national leader, but also because the poll’s outcome might impact the delicate local dynamic of this multi-ethnic district.

Ties within the community were complex to start with, as Tamils (mostly Hindus and Christians) and Tamil-speaking Muslims — the two identify as separate ethnic groups in Sri Lanka — in the province compete for limited local administrative powers and resources.

And then, when Batticaloa suffered a ghastly suicide bombing in the serial blasts that shook Sri Lanka on Easter Sunday this April, local relations faced a risk of serious deterioration, especially since investigators traced the attacks to Zahran Hashim, an Islamist radical and alleged mastermind from Kattankudy town here. It led to an instant perpetrator-victim binary in the district, since almost all the victims at the Zion church blast were Tamils. The anger would manifest in repeated calls by some Tamils to boycott Muslim businesses, hate speech on social media and evidently discriminatory remarks on Muslim women’s attire and movement. “Thankfully, the tensions didn’t spiral into violence. While things appear calmer on the surface, the mutual suspicion between Tamils and Muslims is very much there,” said Kanthavel Kandeepan, a social worker in Batticaloa town. “The real challenge is in changing that.”

Conversations with many residents across the Province indicated that voters are using two predominant lenses this poll season.

One, based on their suffering during the civil war years and soon after. For many voters, there is a lingering discomfort with prominent candidate Gotabaya Rajapaksa, a war-time Defence Secretary and brother of former President Mahinda Rajapaksa. They are likely to back his main opponent in the race, Sajith Premadasa, fielded by the incumbent government.

The other, is the lens of the local, communal contradiction. A few local Tamil politicians, including renegade LTTE-members ex-Chief Minister Sivanesathurai Chandrakanthan or ‘Pillayan’– said to command some local support – and Vinayagamoorthy Muralitharan or ‘Karuna Amman’, are backing Mr. Rajapaksa.

According to locals, this camp has been trying to tap on the Tamil-Muslim hostility, with an openly anti-Muslim rhetoric and assurances of more powers to Tamils. “Whether it is Tamils or the small Sinhalese community here, there are many who can’t stand the Muslims. They tend to be drawn to that sort of message,” said a private sector employee in Trincomalee, requesting anonymity. “But they are a minority. Most people who stand for democratic rights are backing Sajith,” he added.

Despite some political actors’ attempts to steer the presidential campaign their way with a divisive campaign, for many voters it is principally a Rajapaksa-Premadasa contest, like in the Northern Province. One of them invokes familiar fear and the other, lesser apprehension if not more hope.

Sri Lanka’s two main Muslim parties have aligned with Mr. Premadasa this election, but for residents of the predominantly-Muslim town of Kattankudy in Batticaloa, the choice is not all that straightforward.

Partly because a former governor of the province A.L.A.M. Hizbullah, said to have considerable local support, is running for President. Moreover, many Muslims are disillusioned with the Rajapaksas — associated with hardliners behind the anti-Muslim violence in the past few years — as well as the current government that neither prevented the Easter blasts, despite prior intelligence, nor tackled the subsequent orchestrated attacks that targeted Muslims.

“We appreciate that this government opened up democratic space after the Rajapaksa rule, but we are tired of these two forces alternating in power. We are tired of thinking which leader might be better for Muslims. It is time to think of a leader who will be good for the whole country, not just us,” said A.L.M. Sabeel, secretary of the Kattankudy Mosques’ Federation and a member of the local urban council. And that is why some like him are backing Anura Kumara Dissanayake of the leftist Janatha Vimukthi Peramuna (JVP), knowing well that his chances in this contest are slim.

“We can’t think narrowly, just about this election. We have to start work now to build a new, democratic force ahead of parliamentary polls [next year],” activist and writer Fahmiya Shareef told a roomful of Muslim women. Touching upon themes ranging from Sri Lanka’s sovereign debt, white elephant infrastructure projects, cost of living, deteriorating public health and education sectors she said: “let’s give this third candidate a chance, so we can build a strong opposition to whoever comes to power.” Explaining the preferential vote with a sample ballot paper, she urged the women to mark their second preference “wisely”. “Remember, the question is not which of the two main candidates is better. It is who is less dangerous.” Preferential votes would matter in the event of a second round of counting, if no candidate secures the required 50 % plus one vote to win.

Time for a shift

While voters think about retaining democratic space or building an alternative force, they also emphasise the need for a more fundamental shift in the long-term, given the undercurrent of communal tensions in the region.

A local inter-religious group has held at least 12 pocket meetings in the run-up to the poll. “We don’t name any candidate but encourage participants to vote for the leader who might give us some space and freedom to dissent or agitate… we have to consolidate democratic forces with urgency,” said Fr. Rajan Rohan, of the local St. John’s church.

In the long run, however, the Tamil and Muslim societies must realise that they cannot think of their rights in religious and ethnic terms alone, he emphasised. “We have to think of the country’s interests as a whole, especially those of ordinary Sinhalese people. We must also be willing to look at contradictions like caste, and fundamentalisms within our own communities critically,” he said.

Senior civil society member Arumugam Sornaligam concurred. “Minority rights have for long been trapped in ultra nationalist and at times racist lenses, rather than belong to a broader demand for democracy,” he said, adding that co-existence would become effortless only when everyone’s democratic rights were secure.

“Divisions invariably affect all communities, and the whole country. The east is so rich in resources. The Tamil community has expertise in agriculture and the Muslims are experts in trade. If we can bring these two together, the prosperity will be for all to share,” Mr. Sornalingam said.

A gunman dressed in body armour opened fire in downtown Dayton, Ohio, early on August 4, killing nine people including his sister and wounding 27 others, authorities said, in the second deadly U.S. mass shooting in less than a day. Police officers who were on routine patrol nearby arrived on the scene in less than […]

Being overweight is a major risk for people infected with the new coronavirus and the United States is particularly vulnerable because of high obesity levels there, France’s chief epidemiologist said on Wednesday. Professor Jean-François Delfraissy, who heads the scientific council that advises the government on the epidemic, said as many as 17 million of France’s […]

There already have been a few incidents that have been reported of Muslims being targeted by mobs. That is the fear most Muslims in Sri Lanka are living with after one of the worst terrorist attack that the country witnessed on Easter Sunday. Razia has not sent her children out to play out of fear […]