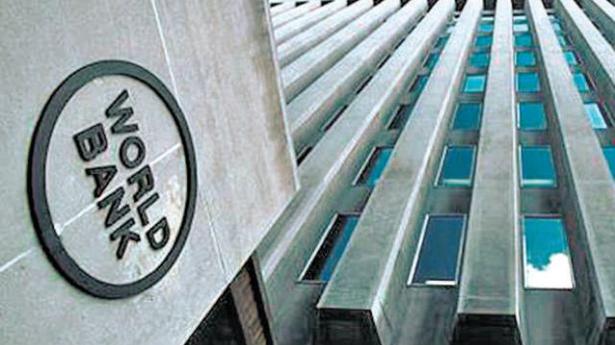 For an economy that has been starved of good news for a while, the improvement in India’s ranking and score in the World Bank’s Ease of Doing business indicator should bring some cheer. India placed 63rd out of 190 countries — an improvement of 14 places from its 77th position last year. The country’s score improved from 67.3 last year to 71.0 this year, as per The Doing Business 2020 study, released by the World Bank on Thursday morning (India time).

The indicator measures the performance of countries across 10 different dimensions in the 12-month period ending May 1, 2019. The ten areas of study are defined as: starting a business, dealing with construction permits, getting electricity, registering property, getting credit, protecting minority investors, paying taxes, trading across borders, enforcing contracts, and resolving insolvency. An 11th area — employing workers, is measured but not factored into the score. A total of 294 reforms had been enacted by 115 countries, the Bank said.

India also featured –— for the third consecutive year – in the list of ten economies where business climates had improved the most. This list is comprised of Saudi Arabia, Jordan, Togo, Bahrain, Tajikistan, Pakistan, Kuwait, China, India, and Nigeria. The Report called India’s reform efforts “particularly commendable” , given the country’s size.

The country’s improved ranking was on the back of four reforms: starting a business, dealing with construction permits, trading across borders and resolving insolvency. As a case in point, the report says there were improvements in the efficiency of acquiring building permits. Building a warehouse, for example, cost 4% of the warehouse value compared to 5.7% in the preceding year. Importing and exporting became easier with a single electronic platform for trade stakeholders, improved electronic submission methods for documents and upgrades to port infrastructure. The ‘resolving insolvency’ indicator, however, was mixed : the Report noted that reorganization proceedings had been promoted in practice, a positive for the indicator, but resolving insolvency had also been made harder because dissenting creditors would receive would receive less under reorganisation than under liquidation.

Additionally, the Report noted, positively, Prime Minister Narendra Modi’s Make in India programme and the government’s attention to the Ease of Doing Business indicator itself as a means to demonstrate “tangible progress”. The report also noted the government’s goal of making it to the top 50 list by 2020 (India ranked 130 in 2016).

“Removing barriers facing entrepreneurs generates better jobs, more tax revenues, and higher incomes, all of which are necessary to reduce poverty and raise living standards.” However, 26 economies also took steps that made business activity more challenging, as per the report.

The ten top ranking countries with respect to the indicator were: New Zealand, Singapore, Hong Kong SAR China, Denmark, Republic of Korea, United States, Georgia, United Kingdom, Norway, and Sweden. Each country is scored and also ranked ( a comparison ). The 0-100 score measures any given country’s performance with respect to the best practice across the entire set of countries. A score of zero signifies worst regulatory performance and 100, the best.

China (rank 31, score 77.9) made it to the top ten list for the second such year. New Zealand and Somalia retained their 1st and 190th spot respectively.

The commonalities among economies that ranked highest included the “widespread” use of electronic systems and online platforms for facilitating regulatory requirements. On the other hand, resolving insolvency was the least reformed area, as per the report. On average, it takes six times as long to start a business in countries ranked in the bottom 50 than it does in the top 20 countries.

As far as India’s neighbourhood is concerned, Pakistan carried out the most reforms in the South Asia, a press release from the Bank said. Bangladesh, Sri Lanka, the Maldives and Afghanistan made zero regulatory changes. South Asian region generally underperforms with regard to enforcing contracts and registering property, as per the Bank.

A Pakistani lawyer has appealed to the Supreme Court to set aside the verdict of a High Court that annulled the death sentence of self-exiled former President Pervez Musharraf. The special court in Islamabad on December 17 last handed down the death penalty to the 74-year-old retired general, now based in Dubai, after six years […]

A baby in China’s epidemic-hit Wuhan city has been diagnosed with the novel coronavirus just 30 hours after being born, Chinese state media reported Wednesday. The infant is the youngest person recorded as being infected by the virus, which has killed nearly 500 people since emerging late last year. CCTV quoted experts as saying it […]