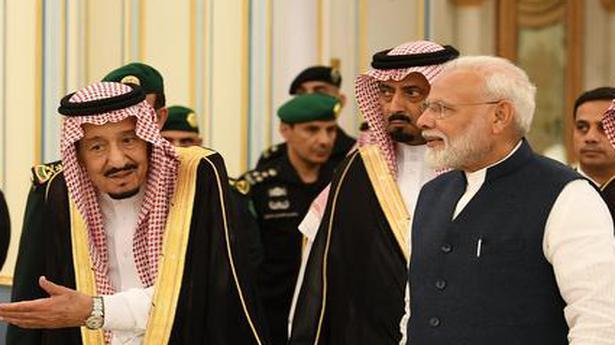 India and Saudi Arabia will conduct their first-ever joint naval exercises in the first week of March next year, as the two sides agreed to enhance their cooperation in defence and security areas, sources said on Thursday.

An Indian source privy to the development said a preparatory meeting on the proposed drills took place early this month in India and another meeting would take place in December.

“The two sides will conduct their first-ever joint naval exercises in the first week of March next year,” said the source.

Sources said the Gulf Kingdom wants to deepen its maritime cooperation with India in the western Indian Ocean, which constitutes busy and sensitive shipping routes such as the Red Sea, the Gulf of Aden, the Arabian Sea, the Gulf of Oman, and the Persian Gulf.

A series of damaging drone and missile attacks on oil facilities of Saudi Aramco, the country’s national petroleum company, in Abqaiq and Khurais in the Persian Gulf on September 14 drove oil prices to their highest level in nearly four months.

The attack had knocked out over half of Saudi Arabia’s production as it cut 5.7 million barrels per day or over 5 per cent of the world’s supply.

India had condemned the attacks and reiterated its resolve to oppose terrorism in all its forms and manifestations.

The two sides are moving away from a purely buyer-seller relationship towards a closer strategic partnership, sources said.

Some new areas of cooperation between India and Saudi Arabia have been worked out and one of them is the defence industry, they said.

“We had a mechanism called Joint Defence Coordination Committee [JDCC]. On the sidelines of its fourth meeting in Riyadh this January, we for the first time ever facilitated interaction between Indian defence industry – both public and private – with the Saudi establishment,” the source said.

“GAMI proposed an MoU in August and within a short span of time we worked it out,” the source said, adding that the two sides are looking for more collaboration in security areas, including counter terrorism.

The two sides also signed an agreement in the civil aviation sector.

“Saudis feel that there’s market enough for 100,000 seats. As of now 33 % of civil aviation market between India and Saudi Arabia is occupied by other carriers,” he said.

The agreement signed between the two countries talked about proportional increase in the number of seats.

“We will increase from current 32,000 to 36,000 seats. It will be further increased to 44,000 and finally up to 50,000 per week from both the sides,” the source said, adding that the two sides will review whether there is need for further increase or not after six months.

The strategic partnership council, the source said, to be headed by the Indian Prime Minister and the Saudi Crown Prince, will review key issues during a summit every two years while the ministers will meet annually.

India is the fourth country after the UK, France and China with which Saudi Arabia has signed an agreement on strategic partnership.

The council will have two parallel verticals — one on political, security, culture and society headed by the foreign ministers of the two sides, and another on economy and investments headed by the commerce minister of India and energy minister of the Kingdom.

“There will also be several groups of senior officials from the countries that will work on important issues,” he added.

Saudi Arabia last month said that it was looking at investing $100 billion in India in areas of energy, refining, petrochemicals, infrastructure, agriculture, minerals and mining.

A federal judge has ordered U.S. President Donald Trump’s accountants, Mazars USA, to comply with a subpoena from the House of Representatives Oversight Committee and submit financial records related to Mr. Trump to the Committee. The Committee had subpoenaed financial records and communications from the accountants pertaining to Mr. Trump, his businesses and charity, from […]

China has detained a former journalist who gained prominence after urging the U.S. to help “tear down” Beijing’s online censorship regime during a 2014 meeting with top U.S. diplomat John Kerry. Police detained Zhang Jialong on Tuesday for “picking quarrels and provoking troubles,” according to an official detention notice. The vague accusation is often used […]