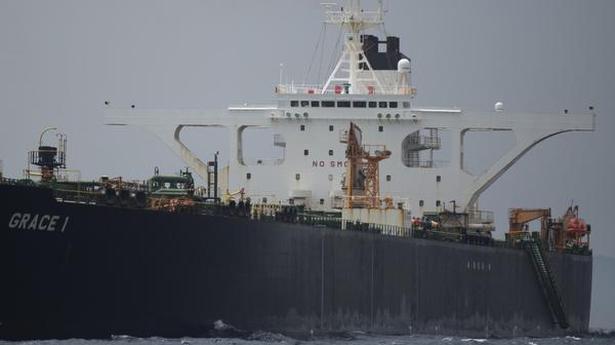 The Indian Captain and three other Indian crew members aboard an Iranian oil supertanker were on August 15 released of all charges by authorities in Gibraltar, even as the U.S. Department of Justice made a last-minute claim on the vessel.

“I am grateful and thankful for my release. And I am grateful to all who have facilitated my release in my legal team,” the Indian Captain of the Grace 1 tanker said in a statement.

The arrested crew members — the Master, Chief Officer and two Second Mates — were aboard the Panama-flagged supertanker that was detained off Europa Point in Gibraltar, a British Overseas Territory on the Spanish coast, in July.

A spokesman for Gibraltar’s government also confirmed that police proceedings against four members of the crew had ended.

The Gibraltar authorities had said the vessel is loaded to capacity with crude oil enroute to Syria, in breach of European Union (EU) sanctions.

“The U.S. Department of Justice has applied to seize the Grace 1 on a number of allegations which are now being considered. The matter will return to the Supreme Court of Gibraltar,” said a statement from the government of Gibraltar, in reference to a hearing expected later on August 15.

Hong Kong’s richest man, Li Ka-shing, urged people to “love China, love Hong Kong and love yourself” on Friday in his first public comments on the escalating pro-democracy protests that have disrupted the city for weeks and challenged China. Mr. Li’s message in front-page advertisements in major newspapers in the Asian financial hub urged the […]

Donald Trump repeats threat to take U.S. out of WTO

Countries are flouting the rule of law in the name of fighting coronavirus, says Michelle Bachelet Source: thehindu.com Related