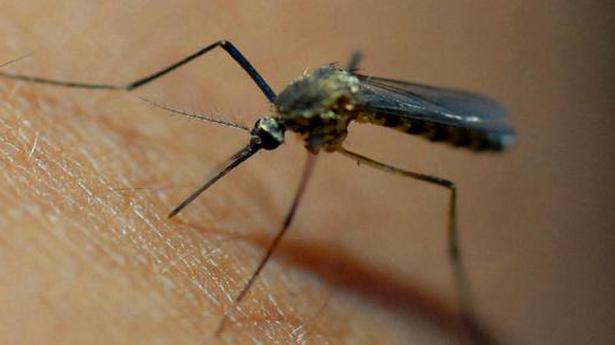 An Indian national in Singapore has been jailed for six weeks for giving bribe to two officials of a pest control company and compromising the health security of employees at the construction site where he was working, according to a media report.

Muthukaruppan Periyasamy, 52, who worked as a construction manager for Fenzhii Engineering Services and Ramo Industries, was jailed for giving 1,600 Singapore Dollars (USD 1,173) as bribe to two officials of a pest control company and receiving information about the impending mosquito breeding inspections at his site.

Periyasamy faced five counts for bribing Chandran Jeganathan (30), an Indian, and Tung Chee Keong (48), a Singaporean national, to alert him about mosquito breeding inspections at his site, The New Paper said on Friday.

Keong and Jeganathan worked for pest control company Killem Pest, which was given a contract by the National Environment Agency to conduct vector control.

The duo received bribes as reward for alerting Periyasamy about upcoming mosquito breeding inspections at his construction site.

He paid the duo the bribe on four occasions from May to August last year after Jeganathan told him about the impending inspections, the report said.

“Corrupt acts which compromise mosquito breeding controls can pose a serious danger to public health safety and should be dealt with resolutely,” CPIB added.

The duo was jailed on March 18 for accepting bribe under the Prevention of Corruption Act.

Keong was sentenced to jail for 11 weeks and five days, while Jeganathan was imprisoned for six weeks and three days.

Noting that Singapore has a strict zero-tolerance approach towards corruption, CPIB warned that it is a serious offence to give or accept bribes from another individual or entity.

Authorities in Gibraltar say they are rejecting the United States’ renewed request that the British overseas territory not release an Iranian supertanker. The vessel has been detained for over a month in Gibraltar for allegedly attempting to breach European Union sanctions on Syria. In a statement on August 18, Gibraltar’s government said the ship would […]

Avalanches, flooding and harsh winter weather has killed more than 130 people across Pakistan and Afghanistan in recent days, officials said on Tuesday, as authorities struggled to reach people stranded by heavy snowfall. At least 93 people died and 76 were injured across Pakistan — with several still missing — while a further 39 were […]

A young Iranian couple have been arrested after a marriage proposal in public, captured on a video clip that went viral on social media. The police say the pair offended Islamic mores on public decency but were later released on bail. The video, which spread on social media last Friday, shows the young man standing […]