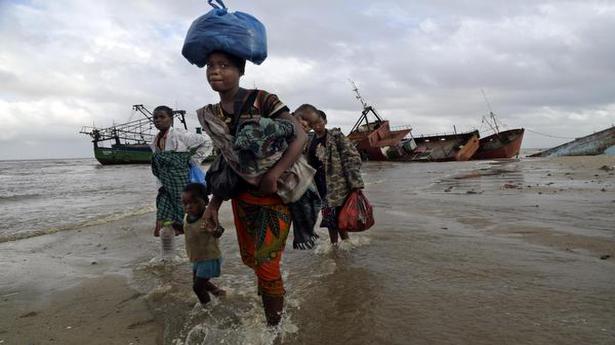 As part of its relief operations in cyclone-hit Mozambique, the Indian Navy has rescued more than 192 people and provided assistance to 1,381 people in medical camps set up by it, a statement said.

Cyclone Idai made landfall in East and Southern Africa around March 15 causing widespread destruction and loss of human lives in Mozambique, Zimbabwe and Malawi.

In response to a request from Mozambique, India immediately diverted three naval ships to the port city of Beira, a Ministry of External Affairs statement said.

Over the last several days, the three ships, INS Sujata, ICGS Sarathi and INS Shardul, are undertaking Humanitarian Assistance Disaster Relief in coordination with local authorities and the High Commission of India, Maputo.

“As of now, the Indian naval crew has rescued more than 192 people. Medical assistance has been provided to 1,381 persons in medical camps set up by the Indian Navy,” the statement said.

India’s Chetak helicopter undertook several sorties to facilitate aerial survey by disaster management officials of Mozambique to rescue people in coordination with local authorities and for dropping food and water packets in the cyclone-affected areas.

To sustain relief operations, another ship INS MAGAR, suitably loaded with relief materials is being sent to Mozambique, the MEA said.

The Indian Navy was the first responder in the evolving humanitarian crises in the aftermath of Cyclone Idai. Assistance is also being sent to Zimbabwe and Malawi, two other countries hit by the cyclone, it said.

His remarks came as the Health Ministry announced that 80 new deaths from COVID-19 had taken the country’s overall toll to 5,957. Source: thehindu.com Related

Frontline staff have been left vulnerable, with more than 150 medical workers testing positive for the virus nationwide, according to the Young Doctors’ Association in worst-hit Punjab province. Source: thehindu.com Related

U.S. President Donald Trump is ready to mediate between India and Pakistan on the issue of Kashmir only if asked by both the countries, a senior administration official said on Thursday reiterating that the onus for peace talks lies on Islamabad by taking sustained and irreversible actions against terrorist groups. President Trump obviously has expressed […]