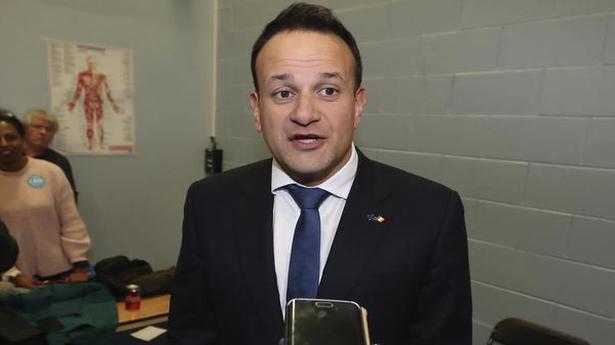 Ireland’s Indian-origin Prime Minister Leo Varadkar has suffered a bruising general election as his liberal-conservative Fine Gael party took a battering in the face of an unprecedented surge in the fortunes of the nationalist party Sinn Fein.

As the poll results poured in overnight on Sunday, Varadkar’s party was pushed down to third place with Sinn Fein in the lead, followed by conservative Fianna Fail in second place.

In what has been described as one of the most extraordinary election results for the country, the process of government formation is likely to be very long-drawn one with Varadkar having ruled out an alliance with Sinn Fein — historically associated with the Irish Republican Army (IRA) and dedicated to the reunification of Ireland.

The final results of the weekend’s election are still being counted but with all first preferences counted, Sinn Fein has 24.5% compared to 22.2% for Fianna Fail and 20.9% for Fine Gael.

“Nobody can be forced into some sort of forced marriage or forced coalition,” said Varadkar, who took over as the Irish Taoiseach or Prime Minister in 2017.

“In order to form a government together, you have to have roughly the same views around the courts and the criminal justice system; around how the economy and society should be run and also how democracy should function. That is what makes my party Fine Gael not compatible with Sinn Fein,” he said.

Varadkar, whose father was born in Mumbai, has indicated a coalition with Fianna Fail could be possible, saying, “we are willing to talk to other parties about the possibility of forming a new government, one that would lead the country forward for the next five years“.

Michael Martin, the leader of Fianna Fail, has meanwhile left the door more widely open, saying he is a “democrat” and would “listen to the people.”

Sinn Fein’s win of over 24% of the popular vote in the voting that took place on Saturday puts Anglo-Irish relations also on the line, with the party a vocal critic of British Prime Minister Boris Johnson’s Brexit deal.

Sinn Fein leader Mary Lou McDonald has hailed her party’s successes across the country and is reaching out to other left-wing parties to arrange talks on government formation.

Candidates in Ireland are elected by single transferable vote (STV), with each constituency returning between three and five deputies, each called a Teachta Dala or TD.

It is clear that no one party will win enough seats for an outright majority, leaving Varadkar’s future as the Irish Taoiseach in doubt.

A former general practitioner, Varadkar became the country’s youngest and first openly gay Prime Minister over two years ago. He has kept his Indian connect alive over the years, completing an internship at the King Edward Memorial Hospital in Mumbai.

Republican Donald Trump is likely this week to become the third U.S. president to be impeached when the Democratic-led House of Representatives votes on charges stemming from his effort to pressure Ukraine to investigate political rival Joe Biden. Mr. Trump faces one charge of abusing his power by asking Ukraine to investigate Mr. Biden, a […]

U.N. chief Antonio Guterres on August 9 urged India and Pakistan to exercise “maximum restraint” and refrain from taking steps that could affect the status of Jammu and Kashmir, as he highlighted the Shimla Agreement which rejects any third-party mediation on the issue. The Secretary-General’s remarks came after India on August 5 revoked Article 370 […]

The House of Commons of the British Parliament on Wednesday approved a legislation that will force Prime Minister Theresa May to seek a Brexit delay to prevent a potentially disorderly departure on April 12 without a deal. The legislation, put forward by Opposition Labour lawmaker Yvette Cooper, was rushed through all of its stages in […]