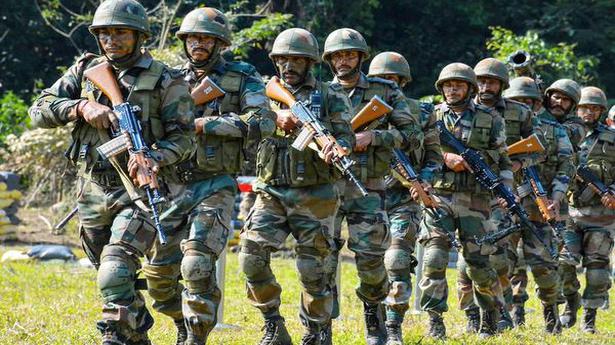 Worldwide, military expenditure rose by 2.6% from 2017 to reach $1.8 trillion in 2018, according to SIPRI data. The U.S. registered a substantial rise in spending for the first time since 2010.

The five biggest spenders were the U.S., China, Saudi Arabia, India and France. Saudi Arabia was third on the list despite spending 6.5% lesser than 2017.

In 2018 the USA and China alone accounted for half of the world’s military spending. The largest absolute increase in spending in 2018 was by the USA ($27.8 billion), while the biggest decrease was by Saudi Arabia (–$4.6 billion), according to the SIPRI report.

Each rectangle represents a country’s defence spending in 2018. The larger the size, the higher the spending. The percentage in brackets indicates the annual change (2017 to 2018).

(If you cannot see the visualisations below, please click here)

Military spending by the USA increased for the first time since 2010, while spending by China grew for the 24th consecutive year. The line charts indicate a 10-year trend for the top ten spenders. Select the country whose trend you want to see from the dropdown menu.

In India’s case, the spending as a percentage of GDP is slightly above average (2.4%) while its per capita spending is below average ($49). On average, world military spending in 2018 represented 2.1% of GDP and $239 per person.

According to the SIPRI report, six of the 10 countries with the highest military burden (military spending as a proportion of GDP) in the world in 2018 are in West Asia: Saudi Arabia, Oman, Kuwait, Lebanon, Jordan and Israel.

In the visualisation below, you can select a country from the list to see where it falls in the above parameters. The chart shows only the 50 countries which spend the most on their military.

No clarity yet if disqualified MLAs can contest bypolls in Karnataka

The byelections to 15 of the 17 seats in the Karnataka Legislative Assembly are expected to be held on December 5 but there is no clarity, as yet, on whether the disqualified legislators can contest leave alone the conduct of the bypolls. The seats have remained vacant after the legislators concerned decided to walk out […]