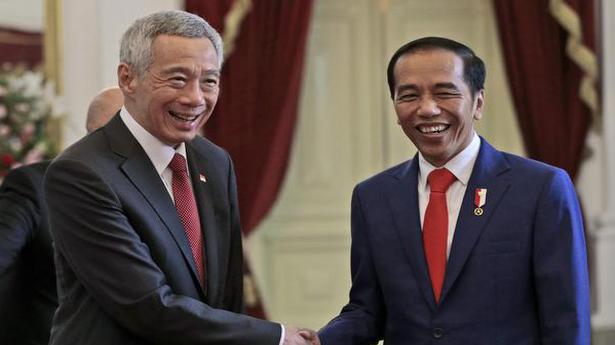 Indonesia’s popular president who rose from poverty and pledged to champion democracy, fight entrenched corruption and modernize the world’s most populous Muslim-majority nation is to be sworn in for his final five-year term with a pledge to take bolder actions.

Army troops and police, along with armored vehicles and firetrucks, are deployed on Sunday across the capital, Jakarta. Major roads are closed in a departure from the more relax atmosphere of President Joko Widodo’s 2014 inauguration.

An Oct. 10 knife attack by an Islamic militant couple that wounded the security minister set off a security alarm and a new crackdown.

Republican Senator Mitt Romney of Utah said that he will vote later Wednesday to convict President Donald Trump at his Senate impeachment trial. “The president is guilty of an appalling abuse of public trust,” the 2012 Republican presidential candidate said in a speech on the Senate floor. “Corrupting an election to keep one’s self in […]

President Xi Jinping said China was facing a “grave situation” as the death toll from the coronavirus outbreak jumped to 42, overshadowing celebrations of the Lunar New Year that began on Saturday. China also announced further transport restrictions. With more than 1,400 people infected worldwide, most of them in China, Hong Kong declared a virus […]