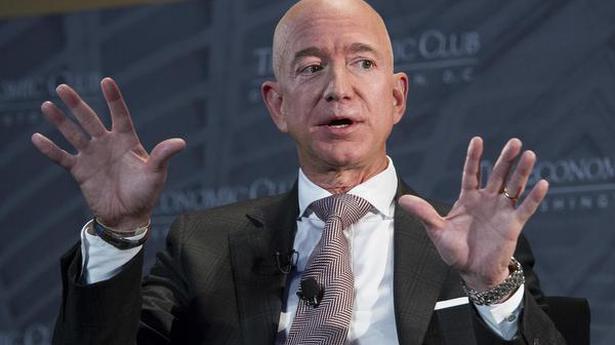 Amazon founder Jeff Bezos remains the world’s richest person, ahead of Bill Gates and Warren Buffett, as his riches rose by $19 billion in one year to a whopping $131 billion.

There were only 11 women among the top 100 billionaires, and no women in the top 10. L’ Oreal heiress Francoise Bettencourt Meyers is the richest woman in the world, with a fortune of $49.3 billion.

North and South America are the two regions where the number of billionaires has shown an increase, while the rest of the world has fewer billionaires than a year ago.

On the positive side, 195 new billionaires were minted over the past year, of which 71% of whom are self-made. Seven of them are from India, while 53 are from China and Hong Kong. The world’s youngest billionaire also entered the rich club this year. Kylie Jenner — who made big bucks with her cosmetics company — is just 21, and is also the youngest self-made billionaire ever, according to Forbes.

Where are they from?

Of the top 100 on the billionaires’ list, 32 are from the U.S., the highest. China and Hong Kong account for 17 billionaires, while Germany has nine. India has four billionaires: Ambani, Wipro’s Azim Premji, HCL’s Shiv Nadar and ArcelorMittal’s Lakshmi Mittal.

The visualisation below gives a country and sector-wise break-up of the top 100 billionaires’ wealth. Rectangles are sized according to wealth. You can select the sector in the dropdown menu.

Tap/click on a rectangle to drill down further. If you cannot see this visualisation, click here

What do they do?

Eighteen billionaires are involved in technology-based businesses, while another eighteen hold top positions in retail and fashion. Ten of them are involved in Finance and Investments.

The visualisation shows that the combined wealth of billionaires who are in the field of technology is the highest in the U.S. and China. In Russia, the top millionaires made their wealth in Energy and Mining, while in Germany, it was Retail & Fashion and Automotives.

The king’s remarks come a day after the UN nuclear watchdog, the International Atomic Energy Agency (IAEA), warned that Iran’s stockpile of enriched uranium has risen to more than 12 times the limit permitted Saudi Arabia’s King Salman urged world powers on Thursday to take a “firm stance” against its arch-rival Iran, as expectations mount […]

EU chief negotiator Michel Barnier and his British counterpart, David Frost, agreed on Friday to pause negotiations while they brief political leaders British Prime Minister Boris Johnson and the European Union’s top official are set to discuss the state of play of post-Brexit trade discussions later on Saturday after negotiators paused talks in light of […]