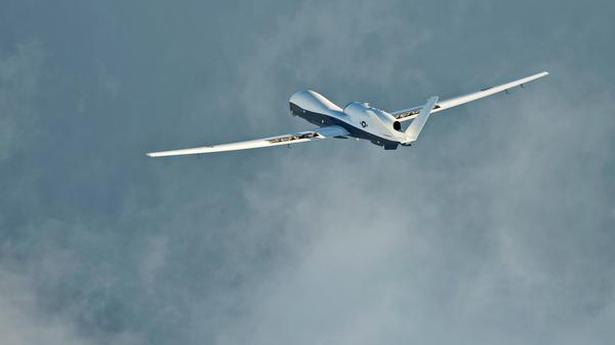 Iran’s Revolutionary Guard shot down a U.S. drone on June 20 amid heightened tensions between Tehran and Washington over its collapsing nuclear deal with world powers, American and Iranian officials said, while disputing the circumstances of the incident.

The Guard said it shot down the drone over Iranian airspace, while two U.S. officials told that the downing happened over international airspace in the Strait of Hormuz. The different accounts could not be immediately reconciled.

Previously, the U.S. military alleged that Iran had fired a missile at another drone last week that was responding to the attack on two oil tankers near the Gulf of Oman. The U.S. blames Iran for the attack on the ships; Tehran denies it was involved.

The attacks come against the backdrop of heightened tensions between the U.S. and Iran following President Donald Trump’s decision to withdraw from Tehran’s nuclear deal a year ago. The White House separately said it was aware of reports of a missile strike on Saudi Arabia amid a campaign targeting the kingdom by Yemen’s Iranian-allied Houthi rebels.

Iran recently quadrupled its production of low-enriched uranium and threatened to boost its enrichment closer to weapons-grade levels, trying to pressure Europe for new terms to the 2015 nuclear deal.

In recent weeks, the U.S. has sped an aircraft carrier to the Mideast and deployed additional troops to the tens of thousands already in the region. From Yemen, the Houthis have launched bomb-laden drones into neighboring Saudi Arabia.

All this has raised fears that a miscalculation or further rise in tensions could push the U.S. and Iran into an open conflict, some 40 years after Tehran’s Islamic Revolution. Thursday’s drone incident marks the first direct Iranian-claimed attack on the U.S. amid the crisis.

“We do not have any intention for war with any country, but we are fully ready for war,” Revolutionary Guard commander Gen. Hossein Salami said in a televised address.

S. Manickam (48) has no qualms about being overdressed or receiving curious glances at Colombo’s Old Town Hall market at Pettah, where he works as a daily-wage labourer. Sporting a shiny shirt, trousers, a tie and sunglasses, he throws all the weight of his lean frame forward, forcing the push cart ahead. “I follow only […]

Armed men stabbed and injured a writer in Sri Lanka on Thursday, a week after he published a book criticising the main Opposition candidate at Saturday’s presidential polls, the police said. The attackers stormed the home of Lasantha Wijeratne, who released his book Wasteful Development and Corruption last week and gave a copy to ruling […]