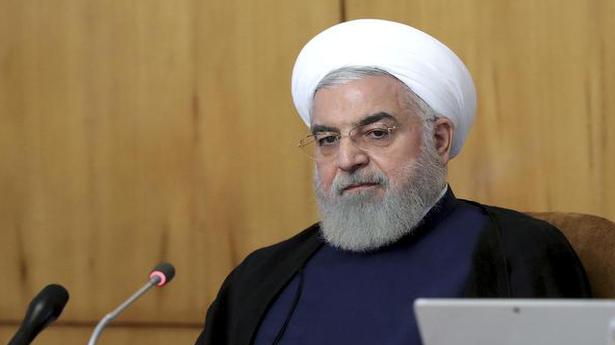 Iran on Sunday slammed as “provocative” a British proposal for a European-led naval mission to escort tankers in the Gulf, amid soaring tensions over the seizure of ships.

“We heard that they intend to send a European fleet to the Persian Gulf which naturally carries a hostile message, is provocative and will increase tensions,” said government spokesman Ali Rabiei.

Britain said on Monday it was planning a European-led force to escort tankers through the world’s busiest oil shipping lane in response to Iran’s seizure of a U.K.-flagged vessel on July 19.

The seizure of the Stena Impero came two weeks after British authorities detained an Iranian tanker – the Grace 1 – off its overseas territory Gibraltar on allegations it was breaching EU sanctions on Syria.

In his comments on Sunday, the government spokesman said Iran believed the security of the oil-rich Gulf had to be maintained by countries in the region.

“We are the biggest agent of maritime security in the Persian Gulf,” Mr. Rabiei said, quoted by ISNA news agency.

Iran’s President Hassan Rouhani said such a force would only make matters worse.

“The presence of foreign forces will not help the region’s security and will be the main source of tensions,” Mr. Rouhani said after talks in Tehran with Oman’s Minister of State for Foreign Affairs, Yusuf bin Alawi.

Britain on Thursday ordered its navy to escort U.K.-flagged ships through the Strait of Hormuz, where the Stena Impero was seized by Iran’s Islamic Revolutionary Guard Corps.

But it has so far only received a cool response from the continent to its proposal for a multi-national escort fleet that would exclude the United States.

France said on Thursday it was not willing to send extra military assets to the Gulf, but would share information and coordinate its currently deployed assets.

The U.S. military has said it is already monitoring the strait, and developing a “multinational maritime effort” dubbed Operation Sentinel to increase surveillance and security in key Middle East waterways.

The 33-kilometre (22-mile) wide Strait of Hormuz provides the eastern entrance and exit point into the Gulf and runs between the United Arab Emirates and Iran.

Iran’s high-seas standoff with Britain comes amid rising hostilities between the Islamic republic and U.K. ally the United States.

The arch-enemies have been locked in a battle of nerves since President Donald Trump withdrew the U.S. from a landmark 2015 deal aimed at limiting Iran’s nuclear programme and began reimposing sanctions.

The situation has worsened since the Trump administration stepped up a campaign of “maximum pressure” against Iran this year, with drones downed and tankers mysteriously attacked in Gulf waters.

Mr. Rouhani said Washington sparked the crisis when it pulled out of the 2015 nuclear deal known by its formal name Joint Comprehensive Plan of Action.

“The unfortunate incidents and tensions in the region today have their roots in the unilateral U.S. withdrawal from the JCPOA agreement and the delusions of the country’s administration,” said the Iranian President.

“Iran will strongly stand against any wrongdoing and illegal activity that would threaten maritime security in the Persian Gulf, Strait of Hormuz and the Sea of Oman,” he was quoted as saying by ISNA.

Pakistani police say a bus has rammed into a hill after it breaks failed on a mountainous road, killing 22 passengers and injuring 15 in the country’s northwest. Officer Abdul Wakil says the accident happened Sunday in the Chilas distract, on the bus’ route from Skardu to the city of Rawalpindi. Mr. Wakil says rescue […]

The story so far British Prime Minister Theresa May has just had one of the most tumultuous weeks in her political career. With just two weeks to go before Britain’s scheduled departure from the European Union, MPs voted against her Brexit agreement, for a second time, on Tuesday. The next day, they voted to reject […]

“The government has responded to my demand to sack Ministers associated with banned outfits by declaring me anti-state, issuing death threats & NAB notices. None of this deters us from our principle[d] stand; form joint NSC parliamentary committee & act against banned outfits,” tweeted Bilawal Bhutto-Zardari, chairman of the Pakistan Peoples Party (PPP), on Tuesday. […]