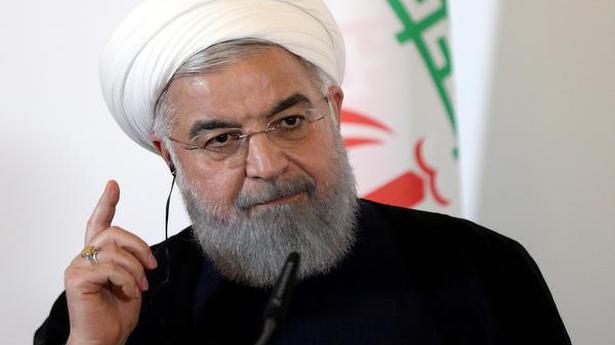 Iran said on Wednesday it had stopped respecting limits on its nuclear activities agreed under a 2015 deal with major powers until they find a way to bypass renewed U.S. sanctions.

The announcement came as Washington stepped up its rhetoric against Tehran, accusing it of planning “imminent” attacks and deploying an aircraft carrier strike group with several nuclear-capable B-52 bombers to the region. Iran said it was responding to the sweeping unilateral sanctions that Washington has reimposed since it quit the agreement one year ago, which have dealt a severe blow to the Iranian economy.

Iran’s Supreme National Security Council said that it no longer considered itself bound by the agreed restrictions on stocks of enriched uranium and heavy water.

It said after 60 days, it would also stop abiding by restrictions on the level to which Iran can enrich uranium and modifications to its Arak heavy water reactor that were designed to prevent the production of plutonium. Uranium enriched to much higher levels than Iran’s current stocks can be used as the fissile core of a nuclear weapon, while heavy water is a source of plutonium which can be used as an alternative way to produce a warhead.

President Hassan Rouhani said the ultimatum was intended to rescue the nuclear deal from his U.S. counterpart Donald Trump who has repeatedly called for it to be scrapped since he pulled out on May 8, 2018.

The 39 people found dead in a refrigerated container in the UK were Chinese nationals, British police announced on Thursday as they continued to question the Northern Irish truck driver on suspicion of murdering the eight women and 31 men. Officers in Northern Ireland have also raided three properties and the National Crime Agency said […]

Singapore Prime Minister Lee Hsien Loong on Tuesday extended the “circuit breaker” period until June 1 to control the spread of the deadly coronavirus and assured full care for foreign workers, including Indian nationals. In a televised address to the nation, Prime Minister Lee said the government was committed to do its “utmost” to keep […]

The White House has launched an initiative to quickly manufacture millions of doses of COVID vaccines. Source: thehindu.com Related