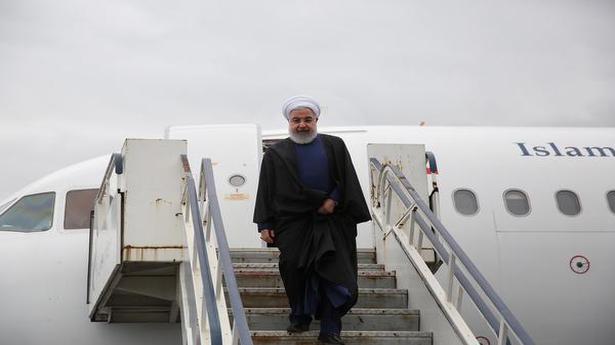 Iran’s President said on Friday that his country will resist the Trump administration’s acceptance of Israel’s control over the Golan Heights.

Hassan Rouhani said Iranians too “should resist and that way gain victory” over the U.S. and Israel.

Israel seized the Golan in the 1967 Mideast war after Syria had for years used the strategic plateau to shell northern Israel. Syria and many Arab states have denounced U.S. President Donald Trump’s move.

Iranian Foreign Minister Mohammad Javad Zarif said Thursday the U.S. decision is a reminder to Arab and Muslim countries that U.S. and Israel “will steal your lands.”

U.K. court further remands Nirav Modi in custody till May 24

Diamond merchant Nirav Modi will remain in custody till the next hearing in the extradition proceedings against him on May 24 as his legal team failed to make a further application for bail before the court in London. During the brief procedural hearing on Friday, Mr. Modi — the main accused in the $2 billion […]

Chancellor Angela Merkel on Wednesday put up a spirited defence of NATO after French President Emmanuel Macron’s said said it was suffering from “brain death”, saying Germany has a bigger interest today in ensuring the bloc stays together. Ms. Merkel said NATO had been a “bulwark for peace and freedom” in the past 70 years. […]

The International Olympic Committee (IOC) has said Jordan will host 2020 Olympics boxing qualifiers for Asia and Oceania after an event in China’s Wuhan was cancelled due to fears over the new flu-like coronavirus. The death toll from the virus rose to 41 on Saturday, with more than 1,300 infected globally, but most of the […]