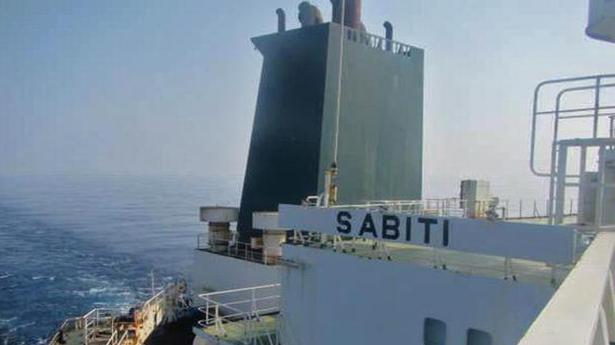 Iran vowed on Saturday not to let an attack on one of its oil tankers off the coast of Saudi Arabia to go unanswered, the semi-official ISNA news agency reported.

Ali Shamkhani, secretary of the Supreme National Security Council, said clues had been uncovered as to who was behind what he called a “missile attack” on the Sabiti tanker.

“Maritime piracy and wickedness in international waterways… will not be left unanswered,” he said.

“By reviewing the available video and gathered intelligence evidence, the primary clues to the dangerous adventure of attacking the Iranian oil tanker in the Red Sea have been uncovered,” he added.

Mr. Shamkhani warned of “disturbing risks” for the global economy as a result of insecurity in international waterways.

The National Iranian Tanker Company, which owns the Sabiti, said its hull was hit by two separate explosions on Friday off the Saudi port of Jeddah.

But the state-owned company denied reports the attack had originated from Saudi soil.

The attack caused oil to spill from the tanker into the Red Sea, the NITC said, before it was controlled and the vessel began moving back towards Gulf waters.

Saudi Arabia on Saturday said it was ready to help the Iranian tanker, but the ship turned off its tracking system. “An e-mail from the captain of the Iranian tanker Sabiti was received, saying the front of the vessel had been broken, resulting in an oil spill,” the official Saudi Press Agency (SPA) said quoting the border guard.

“After analysing the information by the coordination centre with the aim to provide any necessary assistance… (the ship) shut off its tracking system without responding to the centre’s calls,” it said.

India captain Virat Kohli has been named in the ‘Cricketers of the Decade’ list along with four others, by the Wisden Cricketers’ Almanac. Kohli has scored 5,775 more international runs than anyone else in the last 10 years. He was named captain of the ‘Wisden Test Team of the Decade’. The 31-year-old also featured in […]

Vice President says President Trump was starting to look at Memorial Day on May 25 as the time to shift management of the response to the pandemic Source: thehindu.com Related