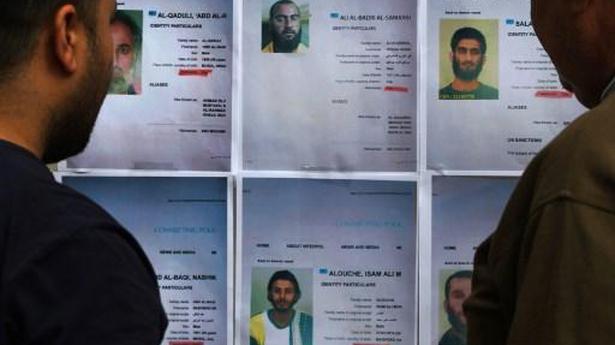 The elusive chief of the Islamic State group Abu Bakr al-Baghdadi has purportedly appeared for the first time in five years in a propaganda video released on Monday by the jihadist organisation.

It is unclear when the footage was filmed, but the man said to be Baghdadi referred in the past tense to the months-long fight for Baghouz, IS’s final bastion in eastern Syria, which ended last month.

“The battle for Baghouz is over,” the man said, sitting cross-legged on a cushion and addressing three men whose faces have been blurred.

But he insisted that IS’s operations against the West were part of a “long battle,” and that IS would “take revenge” on members who had been killed. “There will be more to come after this battle,” he said.

Baghdadi (47) had a long grey beard that appeared dyed with henna and spoke slowly, often pausing for several seconds in the middle of his sentences.

He appeared for the first and last time in public in Mosul in 2014, where he declared an Islamic “caliphate” in the swathes of territory IS then held in Syria and Iraq.

He was reported killed or injured multiple times since then.

His last voice recording to his supporters was released in August, eight months after Iraq announced it had defeated IS and as US-backed forces closed in next door in Syria.

I know nothing about Assange: Trump

President Donald Trump declared that “I know nothing about WikiLeaks” after its founder Julian Assange was hauled out of the Ecuadorian Embassy in London to face charges, a stark contrast to how candidate Trump showered praise on Mr. Assange’s organisation night after night during the final weeks of the 2016 presidential campaign. Asked about Thursday’s […]

U.S. President Donald Trump is resisting calls to issue a national stay-at-home order to stem the spread of the novel coronavirus despite his administration’s projections that tens of thousands of Americans are likely to be killed by the disease. One by one, though, States are increasingly pushing shutdown orders of their own. Also read | […]

Putting women at the centre of urban planning

One district in Tokyo is putting women at the centre of its urban planning and design. To the casual observer, the neighbourhood of Ikebukuro in the northwest of Tokyo is a bustling hive of department stores, restaurants and bars. The area is the commercial heart of the larger ward of Toshima, which has one of […]