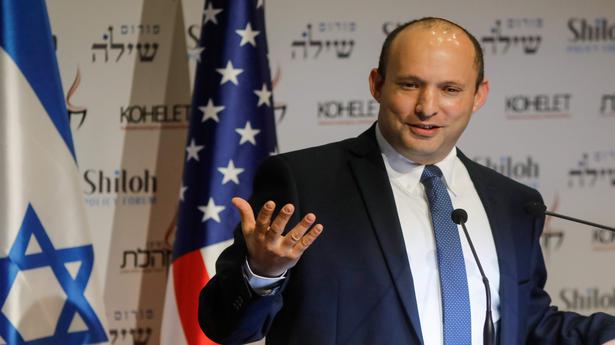 The Israeli Military blocked Palestinian agricultural exports on Sunday in the latest escalation of a months-long trade war that comes amid fears of renewed violence as well.

Following Defence Minister Naftali Bennett’s instruction, the military said it would not allow the Palestinians to transfer their products through their land crossing to Jordan, the West Bank’s only direct export route to the outside world.

The Western-backed Palestinian Authority said Israeli forces at checkpoints blocked vegetable shipments that were on their way for export. The Ministry of Agriculture statement said vegetable exports to Israel were worth $88 million last year, comprising 68% of the West Bank’s overall vegetable exports.

The crisis erupted in September, when the Palestinians decided to stop importing beef from Israel. The Palestinian Authority claimed most of the 120,000 head of cattle they imported monthly from Israel was itself imported and that they therefore preferred to import directly from abroad. The move appeared aimed at reducing the Palestinians’ economic dependence on Israel.

Shortly after the September announcement, Israeli cattle ranchers saw a drop in their market and pressured Israeli authorities to take action. Mr. Bennett retaliated with a ban on Palestinian beef and other products, triggering Palestinians to expand their boycott, and stop importing Israeli vegetables, fruits, beverages and mineral water.

The Palestinians say their actions are aided at pressuring Israel into revoking its ban, while Israel says normal trade will be restored the moment the Palestinians reverse the cattle ban that started the crisis in the first place.

The trade crisis comes amid a surge in violence following the release of President Trump’s West Asia plan, which the Palestinians have rejected. A week of protests culminated Thursday with an early morning attack on Israeli soldiers, which left more than a dozen wounded, and clashes in which four Palestinians were killed.

Pakistan on April 7 released 100 Indian fishermen as a “goodwill gesture” amidst tensions between the two countries after the Pulwama terror attack, media reports said. The fishermen form the first batch of 360 Indian prisoners Pakistan has announced to set free in four phases this month. The released prisoners were taken to the Karachi […]

UK Prime Minister Boris Johnson called on Thursday for a general election on December 12 to break Britain’s Brexit impasse, conceding for the first time he will not meet his “do or die” deadline to leave the European Union next week. Johnson said in a letter to opposition Labour leader Jeremy Corbyn he would give […]

King Carl XVI Gustaf and Queen Silvia of Sweden arrived here on Monday on a five-day India visit. The King will have meetings with President Ram Nath Kovind and Prime Minister Narendra Modi on ways to further boost bilateral ties between the two nations. Apart from Delhi, the royal couple is scheduled to visit Mumbai […]