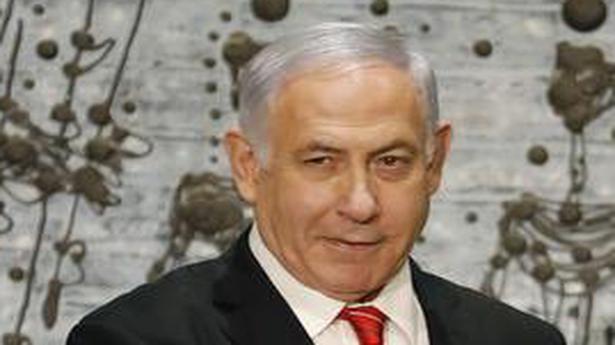 Mr. Netanyahu will have 28 days to form a government, with a possible two-week extension.

If all attempts fail, Mr. Rivlin can then assign the task to someone else.

Mr. Rivlin has been urging Mr. Netanyahu and Mr. Gantz to form a unity government, but a compromise appears a long way off.

Final results from the September 17 elections gave Mr. Gantz’s centrist Blue and White 33 seats, ahead of Likud’s 32 out of parliament’s 120.

Neither has a clear path to a majority coalition.

Mr. Netanyahu received the endorsement of 55 members of parliament for the post of Prime Minister after the election, while Mr. Gantz received 54.

The number of deaths from a coronavirus epidemic in China has risen by 46 to 259, the country’s health authority said on Saturday, as the U.S. and other nations announced new border curbs on foreigners who have been in China. The central province of Hubei, the centre of the epidemic, is under a virtual quarantine, […]

U.S. President Donald Trump faced two deadlines in Congress on Sunday as Democrats prepared to shift the focus of their impeachment inquiry from fact-finding to the consideration of possible charges of misconduct over his dealings with Ukraine. The Democratic-led House of Representatives Judiciary Committee, tasked with considering charges known as articles of impeachment, has given […]

xternal Affairs Minister S. Jaishankar on Monday reassured China that New Delhi’s decision to exercise greater administrative control over Ladakh would have no implications for India’s external boundaries or the Line of Actual Control with China. “The legislative measures were aimed at better governance and socio-economic development,” he told his Chinese interlocutors, referring to India’s […]