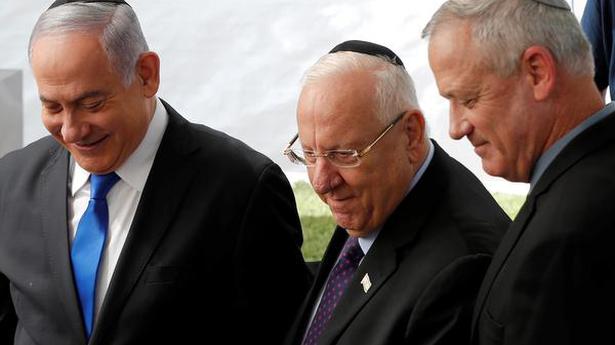 Israeli President Reuven Rivlin began two days of crucial talks on Sunday with party leaders before selecting his candidate for Prime Minister, after a deadlocked repeat election was set to make forming any new government a daunting task.

Israel’s largely ceremonial president is tasked with picking the politician with the best chance of forming a stable coalition government. While usually a mere formality, this time Mr. Rivlin plays a key role after an election result in which neither of the top candidates has an outright majority.

“The president, in this case, will be very, very involved in the particulars. He will ask for clear answers,” Harel Tubi, the president’s top aide, told Israel’s Army Radio.

“I think he’ll turn the consultations this time into consultations that have the ability to present other possibilities, of the sort that the public hasn’t heard about yet.”

The deciding factor looks to be Avigdor Lieberman and the eight seats his Yisrael Beitenu party captured. Mr. Lieberman is demanding a broad unity government with the two major parties that is secular and excludes the ultra-Orthodox Jewish parties. That appears to be the emerging compromise between Blue and White and Likud, though both are insisting upon leading it.

Complicating matters is Blue and White’s refusal to sit with Mr. Netanyahu because he faces a likely indictment on corruption charges.

The first step out of the quagmire is the consultations at the president’s residence, where each of the parties is asked to make its recommendations. Though Mr. Netanyahu’s Likud dropped in support, its allies appear to give Mr. Netanyahu the support of 55 members of parliament. For Mr. Gantz to compete, he’ll need the backing of the Joint List of Arab parties, which emerged as the third largest party with 13 seats, and has traditionally refrained from openly endorsing a candidate for prime minister.

The Arab-led parties have never sat in an Israeli government and its leader, Ayman Odeh, says he is aiming to become Opposition leader in case of a unity government.

But he hasn’t ruled out giving Mr. Gantz his recommendation to the president to thwart another Netanyahu-led government. It would make the first time since 1992 the Arab parties played a role in the process. The decision will come down later Sunday, before party representative meet Mr. Rivlin.

Mr. Rivlin’s eventual candidate will have up to six weeks to form a coalition. If that fails, Mr. Rivlin could give another candidate for prime minister 28 days to form a coalition. And if that doesn’t work, new elections would be triggered yet again. Mr. Rivlin has said he will do everything possible to avoid such a scenario and no one appears interested in a third Israeli election within a year.

Last week’s vote happened because Mr. Netanyahu was unable to form a coalition after April’s election without the support of Mr. Lieberman, an unpredictable ally-turned-rival who has upended Israeli politics in recent months. The nationalist, yet secular, former defense minister is still being coy about whom he will recommend as the next prime minister.

Overhanging the whole process is Mr. Netanyahu’s pre-indictment hearing scheduled in two weeks, after which he could face charges of bribery, breach of trust and fraud in three separate corruption cases.

Mr. Netanyahu had hoped to secure a narrow majority of hard-line and religious parties that support granting him immunity from prosecution. With immunity now off the table, Mr. Netanyahu is desperate to remain in office despite the long odds.

Israeli law does not require a sitting premier to resign if indicted. But if he is charged, as is widely expected, he would come under heavy pressure to resign.

The United Nations decried “continued blatant violations” by several countries of an arms embargo on war-torn Libya, flying in the face of recent pledges made last week at an international conference in Berlin. The UN support mission in Libya didn’t name any specific nations, but said they included “several who participated in the Berlin Conference.” […]

Connected vehicles use different technologies to communicate with the driver and other vehicles on the road. (Subscribe to our Today’s Cache newsletter for a quick snapshot of top 5 tech stories. Click here to subscribe for free.) About three-quarters of Indian consumers are concerned about how their biometric data is being used by connected vehicles, […]

Morning digest: India sees a sharp spike in infections, Wimbledon cancelled for the first time since WWII, and more

India reported three deaths and over 370 new cases on April 1 — the highest-ever single-day increase in its COVID-19 tally.This brought the total confirmed cases to 1,637 and took the death toll to 38. One hundred and thirty two persons have been cured/discharged from hospitals after recovery, the Union Health Ministry said at its […]