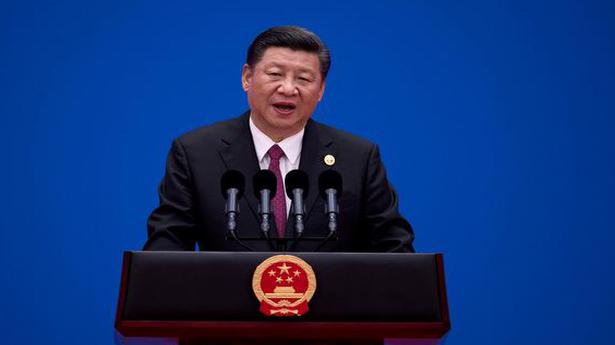 Italy is negotiating a preliminary deal to become a part of China’s giant “Belt and Road” infrastructure plan to boost trade, a government official said on Wednesday, in a move that could upset the United States.

Junior Industry Minister Michele Geraci said that if Italy did sign an accord when Chinese President Xi Jinping visits the country later this month, it would be non-binding and just “an initial framework”.

However, in a sign there is no government unity on the issue, another junior minister cautioned against any such move, saying more thought had to be given about national security.

“At this moment, I do not think we should proceed with the signature,” Foreign Ministry undersecretary Guglielmo Picchi wrote on Twitter.

The Belt and Road Initiative (BRI), championed by Mr. Xi, aims to link China by sea and land with southeast and central Asia, the Middle East, Europe and Africa, through an infrastructure network on the lines of the old Silk Road.

Aside from boosting trade and investment, Mr. Xi aims to advance exchanges in areas such as science, technology and culture.

Italian officials said Mr. Xi was due to visit Italy from March 22-24, and would spend at least one day in Palermo — the capital of the island of Sicily.

“We are still negotiating the details of the MoU (memorandum of understanding) and it might, or might not be signed,” Mr. Geraci said. “It is an initial framework. It is not a contract, there are no commitments, there are no funds and no obligations.”

Italy fell into recession at the end of 2018 for the third time in a decade and the government is eager to find ways to boost the economy and revive the stalled construction sector.

The Financial Times reported on Wednesday that the United States was irritated by the prospect of Italy joining the BRI, and had warned the project could significantly damage Rome’s international image.

“We view BRI as a ‘made by China, for China’ initiative,” the newspaper quoted Garrett Marquis, White House National Security Council spokesperson, as saying.

Mr. Geraci said he had not seen any sign the United States was annoyed or concerned.

“Our goal does not seem to me to be controversial,” he said. ”It is about helping companies do business.”

An Italian diplomatic source told Reuters that Rome was facing “a lot of pressure” from China to sign a MOU, but added that if an accord was reached it would be “an empty box”.

Mr. Picchi, who is close to League leader Matteo Salvini, said allowing China to help build Italy’s 5G high-speed telecom network and giving it access to other infrastructure was a security issue that needed further review.

A number of European Union states have signed MoUs with China, including Croatia, Czech Republic, Hungary, Greece, Malta, Poland and Portugal. If Italy signs, it would be the first Group of Seven major industrialised nation to do so.

An EU spokesperson in Brussels said the EU was cooperating with Beijing on the initiative, but added that this was “on the basis of China fulfilling its declared aim of making it an open platform which adheres to market rules, EU and international requirements and standards”.

Past EU optimism over dealing with China has turned to frustration over Beijing’s slowness to open up its economy and a surge of Chinese takeovers in critical sectors. There has also been pressure from the United States to shun China over espionage fears.

Pakistani Prime Minister Imran Khan said he thinks there may be a better chance of peace talks with India if Prime Minister Narendra Modi’s Hindu nationalist Bharatiya Janata Party (BJP) wins the general election due to begin on April 11. Khan said that if the next Indian government were led by the opposition Congress party, […]