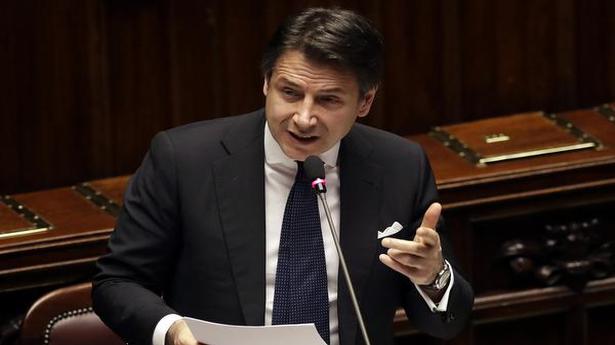 Italian Premier Giuseppe Conte has pledged to make Italy the first Group of Seven nation to join China’s ambitious Belt and Road initiative despite objections from the United States and doubts within the governing coalition.

Mr. Conte insisted on Tuesday that Italy’s signature on a memorandum of understanding for the infrastructure-building venture planned during the Chinese premier’s visit this week would not “put into question our position” within the strategic trans-Atlantic alliance.

Italy’s signature would be considered a major development legitimizing the project that envisions overland and maritime routes connecting China with Europe. A White House official has warned Italy against joining, calling it a Chinese “vanity project.”

Rescuers in Bangladesh were battling on Tuesday to pull passengers from mangled wreckage after a head-on collision of two trains killed at least 15 people and injured more than 40, officials said. A train heading for the southern port city of Chittagong and one bound for Dhaka collided at around 3 a.m. (2100 GMT) in […]

The United States is sending an aircraft carrier strike group and a bomber task force to the Middle East in a “clear and unmistakable” message to Iran, National Security Advisor John Bolton said Sunday. “In response to a number of troubling and escalatory indications and warnings, the United States is deploying the USS Abraham Lincoln […]