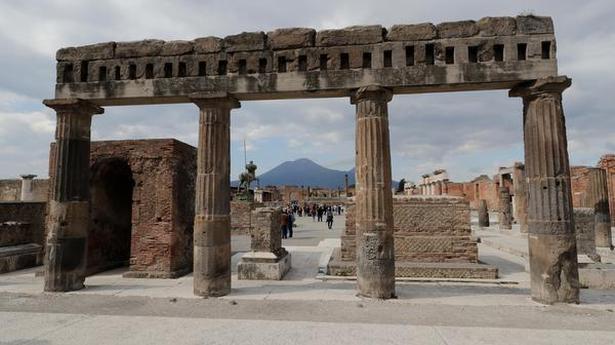 Nearly 2,000 years after Pompeii was destroyed by a volcanic eruption, the ancient Roman city is still giving up its long-buried secrets.

Fantastic frescos, preserved mosaics and obscene graffiti are just some of the discoveries emerging from the largest archaeological dig at the site since the 1950s.

As teams of construction workers shore up mounds of earth pressing down on the excavated areas to prevent them crushing the ruins, archaeologists and conservationists are busy restoring newly discovered art and bolstering fragile walls.

The burst of activity marks the final stages of the “Great Pompeii Project”, launched in 2012 after a spate of cave-ins, with the European Union and Italian State handing over €105 million euros ($118 million) to halt the decay.

“The risk of collapse, of serious damage is past. Now Pompeii is quite safe,” said Francesco Muscolino, 42, an archaeologist working on the programme.

Pompeii was submerged by volcanic ash when Mount Vesuvius exploded in AD 79, killing thousands of Romans who had no idea they were living beneath one of Europe’s biggest volcanoes.

Memory of the catastrophe faded over time and it was not until 1748 that any meaningful exploration was undertaken.

In 2010, less than 15% of the excavated area was accessible to tourists, wild dogs roamed the paved streets, and only 10 buildings were open, against 64 in 1956.

Today, around 70% of the uncovered city is accessible and more than 30 fully restored buildings can be visited.

China on Tuesday reported 25 more deaths from a new viral disease as the U.S. government prepared to evacuate Americans from the city at the center of the outbreak. Authorities reported 24 deaths in Hubei province, where the virus first was detected in December, and one in Beijing, the Chinese capital. No national total was […]

U.S. President Donald Trump, responding to a question about climate change, said on Monday that U.S. wealth is based on energy and he won’t jeopardize that for dreams and windmills. “I feel that the United States has tremendous wealth. The wealth is under its feet. I’ve made that wealth come alive. … We are now […]