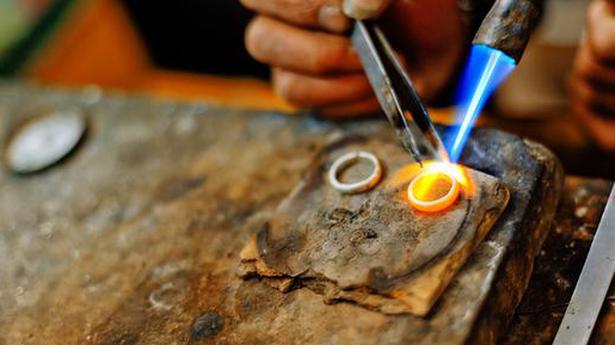 As high-end consumers demand to know the origin of their treasures, some jewellers are ensuring they use responsibly sourced, eco-friendly or recycled gold.

The Geneva-based firm, which makes the Palme d’Or trophy for the Cannes Film Festival, says it now uses only verified suppliers of gold that meet strict standards to minimise negative environmental impacts of mining the precious metal.

Among the many certificates and standards claiming to codify “responsible” goldmining, two labels stand out. They are “fairmined” gold — a label certified by a Colombian NGO — and the more widely known “fairtrade” label launched by Swiss foundation Max Havelaar. Both support artisanal mines that seek to preserve the environment in terms of extraction methods, along with decent working conditions and wages for the miners.

Concerned jewellers are keen to ensure they can trace the source of their entire supply to an ethical production cycle and to firms certified by the not-for-profit Responsible Jewellery Council, which has developed norms for the entire supply chain.

RJC members must adhere to tough standards governing ethical, human rights, social and environmental practices across the precious metals industry. The French luxury group Kering, which says it has bought more than 3.5 tonnes of “responsibly produced” gold since 2015 for its Boucheron, Pomellato, Dodo and Gucci brands, has committed to 100 per cent use of “ethical” gold by 2020.

Going a step further, using only precious metal from electronic or industrial waste is an original idea developed by Courbet, a brand launched just last spring. “We do not want to promote mining extraction or use recently extracted gold, so we sought suppliers who recycle gold used in graphics cards or computer processors. That’s because we know today that more than half of gold’s available reserves have already been extracted,” said Marie-Ann Wachtmeister, Courbet’s co-founder and Artistic Director.

“The issue of supply really resonates with the public at large,” added Thierry Lemaire, Director General of Ponce, a jewellery firm that was established in Paris’s fashionable Marais district in 1886.

The company is RJC-certified and uses only recycled gold. “There is a logic to that —- if we want to do our work well, then let’s go the whole hog and respect nature. That can be done today because the entire chain has become standardised. Studios such as ours that work for major names on Place Vendome are all certified,” Lemaire said, referring to an upscale square in Paris.

He represents the fifth generation of family firm Ponce, which produces 45,000 gold rings a year from recycled gold.

Zimbabwe’s former president Robert Mugabe has died aged 95, the country’s President Emmerson Mnangagwa said on his official Twitter account. Mugabe died in Singapore, where he has often received medical treatment in recent years, a source with direct knowledge of the matter told Reuters. “It is with the utmost sadness that I announce the passing […]