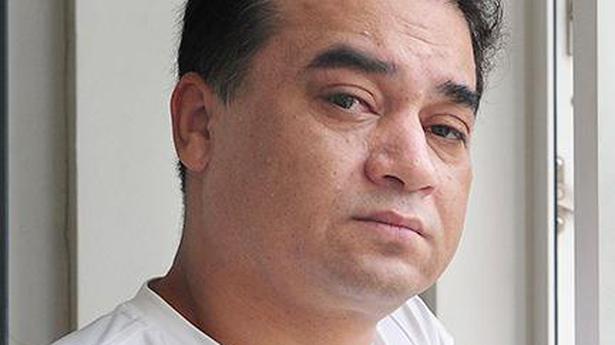 The European Parliament on Thursday awarded the Sakharov Prize for human rights to Uighur intellectual Ilham Tohti, who has been sentenced to life imprisonment in China for “separatism”.

The outspoken former Professor of economics at a Beijing university was sentenced in 2014.

European Parliament head David Sassoli urged China to immediately release Ilham Tohti as he announced the award, which was certain to sow diplomatic tensions with Beijing.

“Despite being a voice of moderation and reconciliation, he was sentenced to life in prison following a show trial in 2014,” Mr. Sassoli told a plenary session of Parliament. “By awarding this prize, we strongly urge the Chinese government to release Tohti and we call for the respect of minority rights in China”, added the top MEP from Italy.

The U.S. House of Representatives voted overwhelmingly on Tuesday to recognise the mass killings of Armenians a century ago as a genocide, a symbolic but historic vote instantly denounced by Turkey. The Democratic-controlled House voted 405-11 in favour of a resolution asserting that it is U.S. policy to commemorate as genocide the killing of 1.5 […]

Israel will impose a two-week quarantine on all travellers entering the country, Prime Minister Benjamin Netanyahu said Monday, toughening already significant travel restrictions. “After a day of difficult discussions, we have taken a decision: all those coming to Israel from abroad will be placed in isolation for 14 days,” Mr. Netanyahu said in a video […]