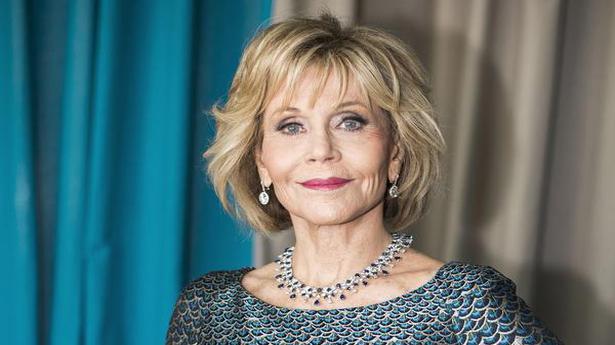 Actor and activist Jane Fonda was arrested at the U.S. Capitol on Friday while peacefully protesting for action against climate change.

She was handcuffed on the east side steps and escorted into a police vehicle. Video of the arrest circulated online.

Fonda was one of 16 people arrested for unlawfully protesting and was charged with “crowding, obstructing or incommoding.” She was released hours later.

On Thursday, the actor vowed to join Friday protests at the Capitol “inspired and emboldened by the incredible movement our youth have created.”

Ira Arlook, of the group Fire Drill Fridays, confirmed that Fonda was arrested at the inaugural demonstration Friday.

Before her arrest, Fonda in a speech called climate change “a collective crisis that demands collective action now.”

Pakistan Prime Minister Imran Khan and his delegation were forced to return to New York on Friday after the special jet given to him by the Saudi government developed a technical fault while heading to Islamabad, a media report said on Saturday. Mr. Khan, who was to return to Pakistan after his seven-day trip to […]

A Vietnamese woman who is the only suspect in custody for the killing of the North Korean leader’s brother pleaded guilty to a lesser charge in a Malaysian court on Monday and her lawyer asked for leniency. Doan Thi Huong nodded as a translator read the new charge to her. She had faced a murder […]

A court in United Kingdom on Thursday rejected for the fifth time the bail plea of fugitive diamond merchant Nirav Modi, who is fighting his extradition to India on charges over the nearly USD 2 billion Punjab National Bank (PNB) fraud and money laundering case. Read: All you need to know about PNB-Nirav Modi case […]