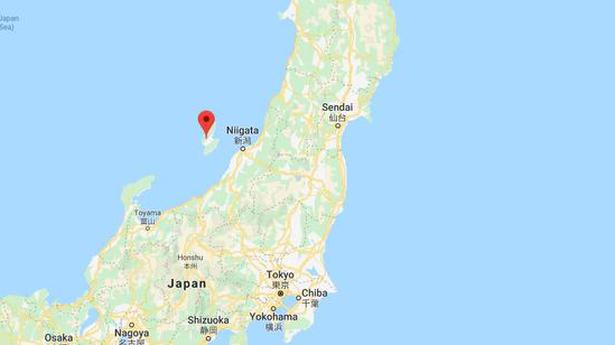 Japanese police found the remains of at least five people in a wooden boat suspected to be from North Korea on the coast of one of Japan’s outlying islands on Saturday, a Coast Guard official said. Police made the discovery in the wooden boat’s stem around 9:30 a.m. (0030 GMT) on Saturday on Sado island, which is off the coast of Japan’s northwestern prefecture of Niigata, Coast Guard official Kei Chinen said.

The wooden boat had letters and numbers written in Korean on its outside, he added. A police officer first spotted the wooden boat on Friday afternoon. Police waited until Saturday before entering it due to unstable weather.

The discovery on Saturday marks the second time since last month that a wooden boat has washed up on the shores of Sado island, Chinen said.

The grisly find adds to the troubles that Japan and South Korea have with their neighbour North Korea, as strained diplomatic ties over the North’s nuclear arms programme could make an investigation difficult to carry out.

North Korean leader Kim Jong Un has given the United States until the end of the year to propose new concessions in talks over his country’s nuclear arsenal and reducing tensions between the adversaries.

Also on Friday, Japanese public broadcaster NHK sent a news bulletin that incorrectly reported North Korea had launched a missile that fell into waters east of the Japanese archipelago, issuing an apology explaining it was a media training alert.

British Prime Minister Boris Johnson on Wednesday suffered repeated parliamentary blows over Brexit as MPs backed a bill to block a no-deal Brexit, which led him to table a motion for a snap general election on October 15. The final blow came as he lost that motion to push through an election, which he said […]

The British government suffered a further political defeat on Monday night, as MPs voted to wrest control of the Brexit timetable from the government on Wednesday, to hold a series of indicative votes to attempt to determine what course of action could command a majority in Parliament. The MPs voted by 329 to 302 in […]

I always believed I would be freed: Bibi

Asia Bibi, the Pakistani-Christian woman who was cleared by the country’s Supreme Court of blasphemy charges after spending eight years on death row, has said that she always believed she would be freed. Also read | IMF, Pak. govt reach agreement on second review of $6 billion bailout package In an interview to the BBC […]