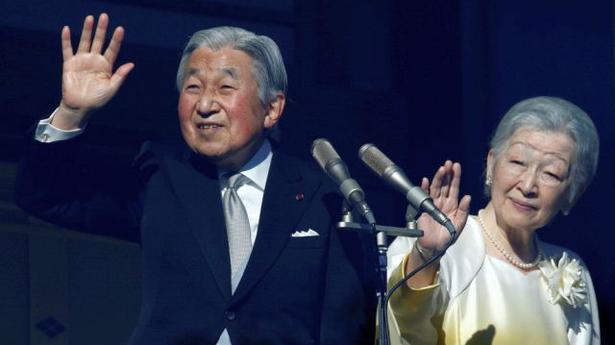 Japan’s outgoing Emperor Akihito on Tuesday visited the tomb of his father on the outskirts of Tokyo, in one of the last official ceremonies before his abdication on April 30.

Akihito, 85, and Empress Michiko, 84, visited the mausoleum of the former emperor, Hirohito, in the Musashino Imperial Graveyard in Hachioji, reports Efe news.

It was one of the 11 official ceremonies scheduled before the Akihito abdicates the throne, the first by a living Japanese monarch in more than two centuries.

His eldest son, Naruhito, 59, will succeed in a closed—door ceremony on May 1 before being officially crowned in a public ceremony at the Imperial Palace on October 22.

Emperor Akihito’s abdication will be the first since the resignation of Emperor Kokaku in 1817.

It will take place three years after he expressed his desire to abdicate the Chrysanthemum Throne due to his advanced age and delicate health.

China warns U.S. of ‘all necessary measures’ over Huawei rules

China’s commerce ministry alleged that the U.S. was using state power, under the pretext of national security, to oppress specific enterprises of other countries. Source: thehindu.com Related

Civilian casualties at a seven-year low in Afghanistan

In Afghanistan, though the number of civilian casualties was at a seven year low in the first half of 2019, the proportion of deaths and injuries due to the national military and allied international forces have increased significantly. The share of casualties due to terrorist attacks have fallen.   The 100 blocks below represent the […]

Prime Minister Boris Johnson said he would submit “compromise” plans for a Brexit agreement to Brussels on Wednesday but again warned that Britain was prepared to leave the European Union later this month without a deal, despite fears it could herald an economic slump. In his closing speech to his Conservative party’s annual conference, Mr. […]