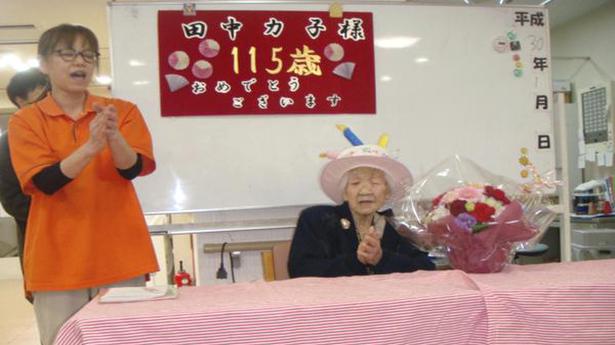 A 116-year-old Japanese woman who loves playing the board game Othello is being honored as the world’s oldest living person by Guinness World Records.

The global authority on records officially recognized Kane Tanaka in a ceremony Saturday at the nursing home where she lives in Fukuoka, in Japan’s southwest. Her family and the mayor were present to celebrate.

Tanaka was born Jan. 2, 1903, the seventh among eight children. She married Hideo Tanaka in 1922, and they had four children and adopted another child.

She is usually up by 6 a.m. and enjoys studying mathematics.

The previous oldest living person was another Japanese woman, Chiyo Miyako, who died in July at age 117.

The foreign policy legacy of the nationalist leader may outlive his premiership Source: thehindu.com Related

The world’s climate action efforts were left on shakier ground on Monday after the United States, notified the United Nations of its formal withdrawal from the Paris Agreement, the 2015 global agreement for countries to cut emissions and reverse global warming. President Donald Trump had said in 2017 that he was taking the U.S. — […]

One month on from historically reclaiming Democratic presidential frontrunner status, Joe Biden is in physical and political isolation, basement-bound and largely unheard as Donald Trump commands Americans’ attention with his coronavirus response. It has been an awkward sidelining of an extraordinary comeback story. After nearly self-imploding in the first three state contests in February, former […]