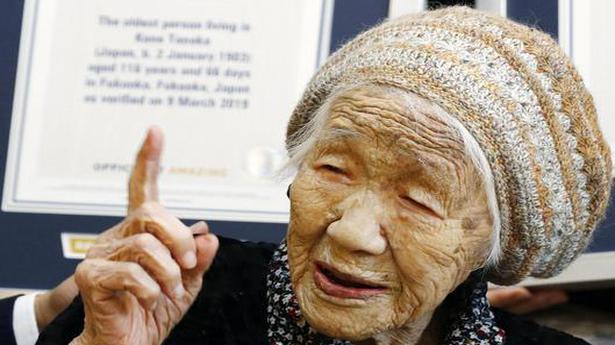 A 116-year-old Japanese woman who loves playing the board game Othello was honoured on Saturday as the world’s oldest living person by Guinness World Records.

The global authority on records officially recognised Kane Tanaka in a ceremony at the nursing home where she lives in Fukuoka.

Ms. Tanaka was born on January 2, 1903, the seventh among eight children. She married Hideo Tanaka in 1922, and they had four children and adopted another child.

She is usually up by 6 a.m. and enjoys studying mathematics. The previous oldest living person was another Japanese woman, Chiyo Miyako, who died in July at age 117. The oldest person prior to Ms. Miyako was also Japanese.

But Ms. Tanaka has a ways to go before she is the oldest person ever, an achievement of a French woman, Jeanne Louise Calment, who lived to 122 years, according to Guinness World Records.

Guinness said the world’s oldest man is still under investigation after the man who had the honors, Masazo Nonaka, living on the Japanese northernmost island of Hokkaido, died in January at 113.

Requesting Mr Trump to support a nationwide mandate that requires masks in every federal building and facility, Mr Biden said, “Urge every governor and mayor to do the same. We know it saves lives.’ Source: thehindu.com Related

A Maryland man accused of planning an Islamic State-inspired attack at a shopping and entertainment complex near Washington, D.C., was indicted Wednesday on a terrorism-related charge, five months after his arrest. A federal grand jury indicted Rondell Henry, 28, of Germantown, on a new charge of attempting to provide material support to a foreign terrorist […]