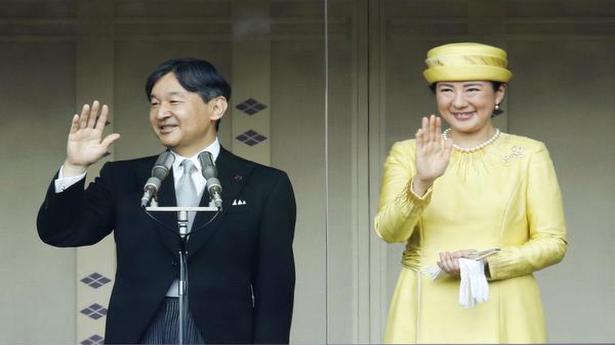 Japan’s Emperor Naruhito has greeted the public for the first time since his succession, expressing hope for Japan to keep pursuing peace.

Emperor Naruhito ascended the Chrysanthemum Throne on Wednesday, a day after his 85-year-old father, Akihito, abdicated.

From a balcony overlooking the palace ground, Emperor Naruhito on Saturday thanked thousands of well-wishers for congratulating him.

The 59-year-old new emperor is a historian who studied at Oxford. He is the first emperor born after the World War II and one who has studied overseas.

Emperors under Japan’s postwar constitution are given only a symbolic status without political power.

Run by goblins and boasting secure vaults guarded by a dragon, Gringotts Bank is where witches and wizards come to store their money and treasures in the fictional world of Harry Potter. Now fans of J.K. Rowling’s books and the Hollywood films can walk into the marbled hall of the wizarding bank in a new […]

Multiple gunshots were fired from North Korea at 7:41 a.m. local time towards a guard post in South Korea that borders the North, the South’s joint chiefs of staffs said in a statement. Source: thehindu.com Related

Lufthansa crew strike in Germany, over 1,000 flights to be cancelled

A two-day strike by Lufthansa cabin crew was set to begin on November 7 after a German court ruled against management’s efforts to stop it. The strike over pay and pensions, due to last through November 8, will result in the cancellation of 1,300 flights and affect 180,000 passengers, the German carrier said. That amounts […]