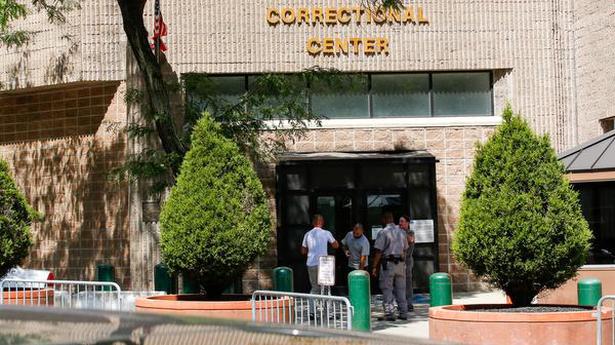 An autopsy of the financier Jeffrey Epstein, who died in an apparent suicide while awaiting trial on sex trafficking charges, found his neck had been broken in several places, according to two law enforcement sources.

Such injuries can occur to people who hang themselves or who are strangled.

Epstein was found dead in his jail cell in New York City on Saturday. The circumstances of the multi-millionaire’s death are under investigation, and it was unclear when a report of the autopsy would be made public.

One of the two law enforcement sources familiar with the Epstein case said there was no evidence or suggestion of foul play but cautioned the investigation was at an early stage.

“In all forensic investigations, all information must be synthesized to determine the cause and manner of death,” Barbara Sampson, New York City’s chief medical examiner, said in a statement on Thursday. “Everything must be consistent; no single finding can be evaluated in a vacuum.”

Epstein’s broken neck was reported earlier by the Washington Post.

The Federal Bureau of Prisons, which runs the Metropolitan Correctional Center in lower Manhattan where Epstein was jailed, said there had not been an inmate suicide there since 2006.

Zhongxue Hua, the Bergen County medical examiner in New Jersey, said a neck fracture was atypical in a suicide but warned not to jump to conclusions.

“It’s unusual to have a neck fracture,” Hua said. “But the first question to address is when did it occur.”

If Epstein’s neck fracture was fresh, Hua said, then “at a minimum, it’s a very unusual suicide.”

Epstein, 66, who once counted Republican President Donald Trump and Democratic former President Bill Clinton as friends, was found unresponsive in his cell on Saturday morning, according to the prison bureau.

A source told Reuters previously that he was found hanging by the neck.

Mark Epstein, who is Jeffrey Epstein’s brother, said in an interview on Thursday he had last seen his brother in the morgue on Sunday.

Jeffrey Epstein pleaded not guilty in July to charges of sex trafficking involving dozens of underage girls between 2002 and 2005. Prosecutors said he recruited and paid girls to give him massages, which became sexual in nature.

The financier had been on suicide watch at the MCC but was taken off prior to his death, according to a source who was not authorized to speak on the matter.

Epstein was alone in a cell when he was found hanging there.

Lawyers for Epstein did not respond to requests for comment.

More than 2,27,000 Indians are waiting in line for family-sponsored Green Card or legal permanent residency, according to the latest official data. Currently, there are about four million people waiting in line for family-sponsored Green Cards against a Congressional cap of 226,000 per annum. The largest number of 1.5 million waitlist is from America’s southern […]

Imran Khan warns of possibility of conventional war with India

Pakistan Prime Minister Imran Khan has said there was no question of talking to New Delhi after it revoked the special status of Jammu and Kashmir, as he warned about the possibility of a conventional war with India which could go beyond the subcontinent. “So that’s why we have approached the United Nations, we are […]