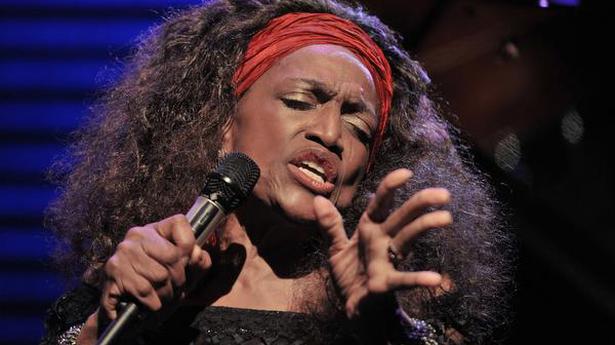 Jessye Norman, the renowned international opera star whose passionate soprano voice won her four Grammy Awards and the National Medal of Arts, has died, according to family spokesperson Gwendolyn Quinn. She was 74.

A statement released on September 30 said Norman died at 7-54 a.m. EDT from septic shock and multi-organ failure secondary to complications of a spinal cord injury she had sustained in 2015. She died at Mount Sinai St. Luke’s Hospital in New York, and was surrounded by loved ones.

“We are so proud of Jessye’s musical achievements and the inspiration that she provided to audiences around the world that will continue to be a source of joy. We are equally proud of her humanitarian endeavors addressing matters such as hunger, homelessness, youth development, and arts and culture education,” the family statement read.

Funeral arrangements will be announced in the coming days.

Prince Harry and his celebrity wife Meghan’s bombshell resignation from front-line royal duties rocked the British monarchy on Thursday, with reports suggesting Queen Elizabeth II had not been informed in advance. The couple said they would now “balance” their time between Britain and North America and rip up long-established relations with the press, in a […]

Educators have struggled with decisions over opening schools considering the risk of infection to both students and faculty. Source: thehindu.com Related

China calls on India, Pakistan to resolve disputes through talks as Qureshi arrives for talks

China on Friday called on India and Pakistan to resolve their disputes through dialogue and negotiation as Pakistan Foreign Minister arrived here to seek Beijing’s support after New Delhi revoked the special status to Jammu and Kashmir. Informed sources here said Shah Mahmood Quresh is in Beijing to seek all-weather ally China’s support for Pakistan’s […]