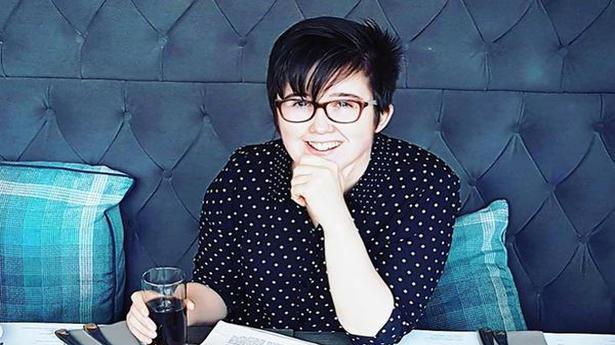 A journalist was shot dead during riots in Northern Ireland in what police on Friday were treating as a terrorist incident following the latest upsurge in violence to shake the troubled region.

Ms. McKee, 29, had earlier posted an image that appeared to be from the riots in the Creggan housing estate in the city of Londonderry, also known as Derry, accompanied by the words “Derry tonight. Absolute madness.”

Images of the unrest posted on social media showed a car and van ablaze and hooded individuals throwing petrol bombs and fireworks at police vehicles. “A single gunman fired shots in a residential area of the city and as a result wounded Ms. McKee,” said Mr. Hamilton, adding that police believed the gunman was a “violent dissident republican”. “We are treating this as a terrorist incident and we have launched a murder enquiry,” he added.

Ms. McKee had written for The Atlantic magazine and Buzzfeed News and was named by Forbes Magazine in 2016 as one of their “30 under 30” outstanding figures in media, according to her literary agent Janklow & Nesbit.

Thursday’s unrest raised memories of past decades of violence in Northern Ireland. Ireland’s Prime Minister Leo Varadkar warned that “we cannot allow those who want to propagate violence, fear and hate to drag us back to the past”.

His British counterpart Theresa May said the killing was “shocking and truly senseless”.

The violence came in the run-up to the Easter weekend, when Republicans opposed to the British presence in Northern Ireland mark the anniversary of a 1916 uprising against British rule.

Thousands of people stranded aboard a cruise ship in Hong Kong for five days were allowed to disembark on Sunday after its 1,800 crew tested negative for the deadly new coronavirus. Health authorities in the Asian financial hub said the crew and a similar number of passengers had been released from a quarantine imposed because […]

Ireland’s prime minister on Thursday welcomed the Brexit deal struck by Britain and the European Union as a “unique solution” for Northern Ireland that respected the British-run region’s unique history and geography. “Its good for Ireland and NI (Northern Ireland). No hard border. All-island and East-West economy can continue thrive. Protects Single Market & our […]

Mexico’s health ministry confirmed 1,997 new cases of coronavirus infections on Tuesday, along with 353 additional deaths, the most deadly day since Source: thehindu.com Related