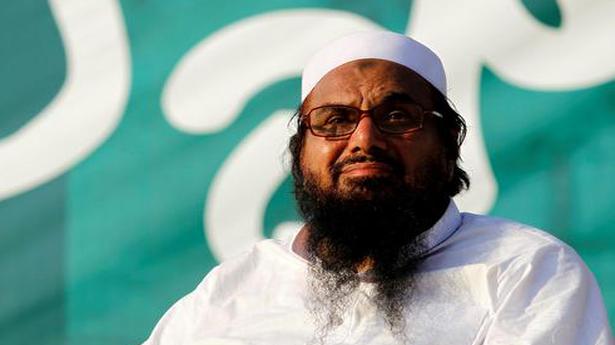 Mumbai terror attack mastermind and Jamat-ud-Dawa (JuD) chief Hafiz Saeed was on Thursday sentenced to 10 years in jail by an anti-terrorism court in Pakistan in two more terror financing cases.

Saeed and his two close aides — Zafar Iqbal and Yahya Mujahid — have been sentenced to 10 and a half years each, while JuD chief’s brother-in-law Abdul Rehman Makki was sentenced to six months imprisonment.

“Judge Arshad Hussain Bhutta of ATC Court No. 1 heard the case filed by the Counter Terrorism Department (CTD) in which the verdict has been announced after the statements of witnesses were cross-examined,” the official said.

Saeed-led JuD is the front organisation for the Lashkar-e-Toiba (LeT) which is responsible for carrying out the 2008 Mumbai attack that killed 166 people, including six Americans.

The U.S. Department of the Treasury has designated Saeed as a Specially Designated Global Terrorist. He was listed under the UN Security Council Resolution 1267 in December 2008.

The FATF had placed Pakistan on the grey list in June 2018 and asked Islamabad to implement a plan of action to curb money laundering and terror financing by the end of 2019 but the deadline was extended later on due to COVID-19 pandemic.

With Pakistan’s continuation in the ‘grey list’, the country may find it difficult to get financial aid from the International Monetary Fund (IMF), World Bank, Asian Development Bank (ADB) and the European Union, thus further enhancing problems for the cash-strapped nation.

We do act based on our own national interests, says Ali Akbar Salehi Source: thehindu.com Related

Barring India and a few other countries, Kuwait to resume flight operations from August 1

The Islamic State group declared a new leader Thursday after it confirmed the death of its leader Abu Bakr al-Baghdadi days earlier in a US raid in Syria. In its audio release by the IS central media arm, al-Furqan Foundation, a new spokesman for IS identifies the successor as Abu Ibrahim al-Hashimi al-Qurayshi tracing his […]