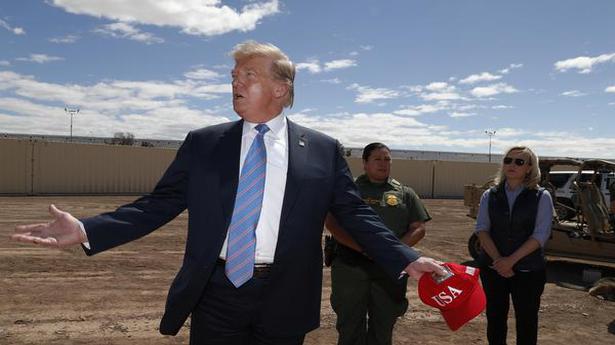 A U.S. federal judge on Monday blocked President Donald Trump’s policy of returning asylum seekers to Mexico to wait out the processing of their cases, saying the Department of Homeland Security had overstepped its authority.

The ruling by U.S. District Judge Richard Seeborg in San Francisco marked a rebuke for the Trump administration’s efforts to stop the flow of migrants seeking asylum through the U.S. border with Mexico.

The decision, which goes into effect on Friday, comes just days after outgoing Homeland Security Secretary Kirstjen Nielsen had vowed to expand the controversial programme.

Several hundred people seeking asylum have been returned to Mexico to await the outcome of their request under the policy first implemented in January at the San Ysidro port of entry in California and later extended to Calexico, a second California border point, and El Paso, Texas. “A 9th Circuit Judge just ruled that Mexico is too dangerous for migrants. So unfair to the U.S. OUT OF CONTROL!,” Mr. Trump furiously tweeted.

While any appeal against Judge Seeborg’s ruling will be heard by the federal Ninth Circuit appeals court — a frequent target of Mr. Trump’s ire — Judge Seeborg himself is not on the circuit.

In his 27-page ruling — which can be appealed — Judge Seeborg said at issue was not whether the policy is “a wise, intelligent, or humane policy” but rather whether it exposes aliens to “unduly dangerous circumstances.” Migrants who reach U.S. soil have a legal right to seek asylum and are usually held in detention facilities while their application is processed, or released into the U.S.

Trump suggests Adam Schiff should be arrested for ‘treason’

U.S. President Donald Trump on Monday escalated his attacks against the lawmaker leading the impeachment inquiry against him, suggesting that Representative Adam Schiff be arrested for “treason.” The comment is likely to inflame criticism of Mr. Trump’s handling of the scandal engulfing his presidency, stemming from a telephone call in which Mr. Trump asked Ukraine’s […]

A Hong Kong anti-government protester was shot by police Monday in a dramatic scene caught on video as demonstrators blocked train lines and roads in a day of spiraling violence fueled by demands for democratic reforms. Elsewhere, a man was set on fire following an apparent dispute over national identity in the semi-autonomous Chinese territory, […]

Bhutanese students have power and potential to do extraordinary things: PM Modi

Prime Minister Narendra Modi on Sunday said the students in Bhutan have the power and potential to do extraordinary things, which will impact future generations, as he proposed extensive cooperation between the two countries in new areas such as space and digital payments. Addressing the students of the Royal University of Bhutan, Mr. Modi asked […]