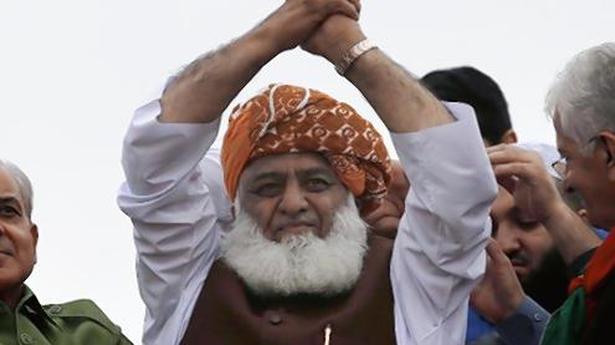 Jamiat Ulema-i-Islam-Fazl (JUI-F) chief Maulana Fazlur Rehman has announced that he will launch a campaign against the Imran Khan-led government by holding protests in Lahore, Karachi and Islamabad in the coming days.

Rehman made the announcement on Sunday after holding a consultative meeting with allied parties in Lahore, reports The News International.

Fazlur Rehman further said the JUI-F and its allied parties will hold a public gathering on February 23 in Karachi, in Islamabad on March 1 and March 19 in Lahore.

The announcement was in line with what JUI-F’s secretary general had stated last month.

In a press conference on January 30, Maulana Abdul Ghafoor Haidri had announced that his party would resume its campaign against the federal government.

The campaign comes after last year’s failed ‘Azadi March’ carried out by the JUI-F and other opposition parties asking the incumbent government to step down.

The BJP’s parliamentary board, in the presence of Prime Minister Narendra Modi, on Monday declared former Union Minister J.P. Nadda the party’s working president, after the incumbent Amit Shah joined the Union Cabinet. Defence Minister Rajnath Singh made the announcement after a meeting of the board here. As the first session of the 17th Lok […]

Western Australia was lashed by destructive winds on Saturday as a tropical cyclone neared landfall while much of the bushfire-battered east coast faced flood warnings due to heavy rain. Severe tropical cyclone Damien was expected to make landfall on the west coast near Port Hedland, the world’s largest iron ore port, on Saturday afternoon. Operations […]