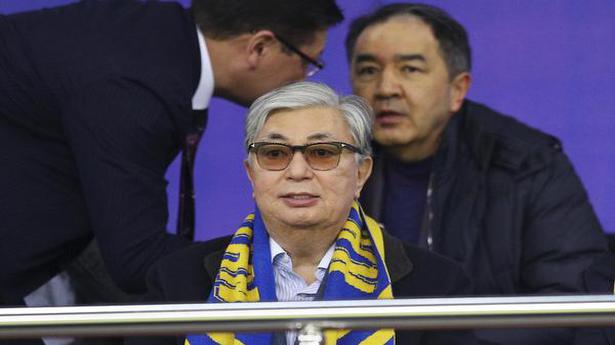 Kassym-Jomart Tokayev, who became the acting head of state after last month’s unexpected resignation of Nursultan Nazarbayev, said in a televised address to the nation that the vote will be held on June 9.

Mr. Tokayev hasn’t yet announced his intention to seek the presidency, but he’s widely seen as the top candidate.

Mr. Nazarbayev took the helm in Kazakhstan when it was still part of the Soviet Union and led it for three decades.

The 78-year-old has retained the honorary title of “Elbasy” or “Leader of the Nation” and is expected to continue to wield considerable political power as chairman of the nation’s Security Council and the head of the ruling Nur Otan party.

Mr. Nazarbayev’s eldest daughter has been named speaker of the upper chamber of parliament.

Ending weeks of speculation that she could seek to succeed her father, Dariga Nazarbayeva’s aide said in remarks carried by the Tengrinews agency that she has no intention to run.

Hong Kong police seal off university amid fears of crackdown

Hong Kong police on Monday trapped hundreds of protesters inside a major university and demonstrators rampaged through a tourist district, after almost two straight days of stand-offs that have raised fears of a bloody showdown. Also read: The tale of Hong Kong, a city torn between two systems Defiant protesters inside Hong Kong’s Polytechnic University […]

The tally of coronavirus infections in the Czech Republic has exceeded 3,000, the Health Ministry said on Tuesday, after recording 184 new cases the previous day. The country, which has carried out more than 43,000 tests and is ramping up daily testing, has reported the largest number of cases among central European states, but far […]

British Prime Minister Boris Johnson’s move to “prorogue” or suspend Parliament for over five weeks beginning September second week has triggered furious responses from opposition leaders, who call the decision a threat to democracy. The decision comes at a time when Britain is inching closer towards the October 31 deadline for Brexit. The suspension of […]