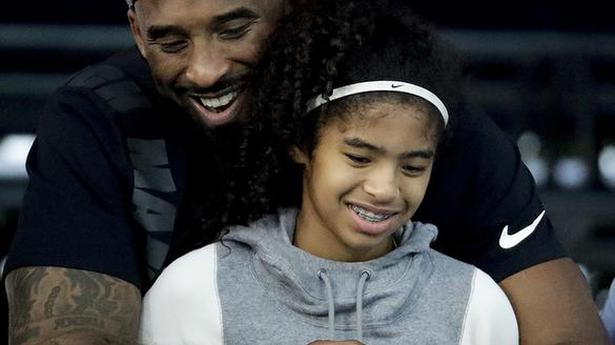 Citing Kobe Bryant’s death certificate, Los Angeles Fox affiliate KTTV reported the remains of the former Lakers star and his daughter were transferred to Pacific View Memorial Park and Mortuary in Corona del Mar. Kobe and Gianna were laid to rest in a private ceremony there last Friday.

According to KTTV, the death certificate cited Kobe’s cause of death as “blunt trauma” sustained in a “commercial helicopter crash.” It also said his death was “rapid.”

Corona del Mar is a community within Newport Beach, where the Bryant family lives.

Kobe (41), and Gianna (13), were among nine people killed when the helicopter they were in crashed on a hillside in Calabasas, Calif., northwest of Los Angeles, on Jan. 26. Orange Coast College baseball coach John Altobelli (56); his wife, Keri; and their daughter Alyssa (14) — who played on the same club basketball team as Gianna Bryant — also were killed. Christina Mauser, a 38-year-old who was the top assistant coach of the Mamba girls basketball team, was also killed in the accident, as were Sarah Chester (45); her daughter Payton Chester (13); and pilot Ara Zobayan (50).

A public memorial service for the Bryants will be held Feb. 24 at Staples Center, beginning at 10 a.m. PT.

While the date — 2/24 — conveniently falls between two Lakers’ home games, it still could have been chosen symbolically. Gianna — one of Kobe and Vanessa’s four daughters — wore No. 2 on her basketball jersey while Kobe was No. 24 for part of his 20-year-tenure with the Lakers, and his retired jerseys — he also wore No. 8 — hang at Staples Center.

The Los Angeles Times reported that “entry is expected to be severely restricted” at the venue despite Staples Center’s capacity of about 20,000.

My brain refuses to accept: wife

Byrant’s wife Vanessa on Monday took to Instagram to express her grief saying “my brain refuses to accept that both Kobe and Gigi are gone.”

“It’s like I’m trying to process Kobe being gone but my body refuses to accept my Gigi will never come back to me,” she added.

“It feels wrong. Why should I be able to wake up another day when my baby girl isn’t being able to have that opportunity?! I’m so mad. She had so much life to live. Then I realize I need to be strong and be here for my 3 daughters.”

North Korea has slammed South Korea for purchasing high-tech U.S. stealth fighters, warning that it will respond by developing unspecified special weapons of its own. Thursday’s warning comes as North Korean and U.S. officials are expected to soon resume nuclear negotiations to follow up on their leaders’ third meeting at the Korean border late last […]

Hong Kong protesters are planning a 24th straight weekend of pro-democracy rallies, including inside shopping malls across the Chinese-ruled city on Sunday, some of which have started peacefully in recent weeks and descended into violent chaos. Protesters have also called for a general strike on Monday and for people to block public transport, calls that […]