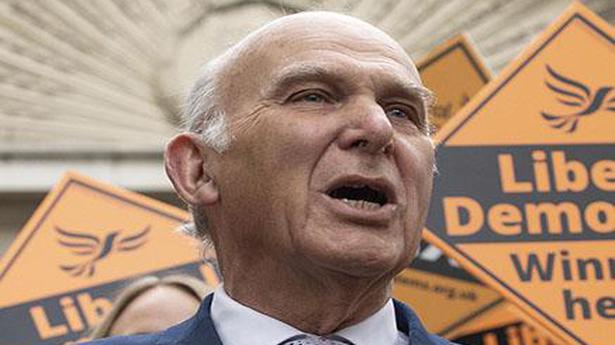 Britain’s two major political parties suffered heavy losses in local elections that took place across England and Northern Ireland this week, in a development that some attributed to their stance on Brexit, while others saw it as a continuation of the fragmentation of politics that had been under way before the Brexit referendum, but saw a temporary halt after it.

Significantly, among the biggest gains made by the Liberal Democrats was in the city of Chelmsford, which voted to leave in the 2016 referendum. The Liberal Democrats are the largest political party in favour of a new public vote on Brexit, and the party has inevitably seen the results as an endorsement of that strategy.

“Three-party politics is back,” declared the party’s leader Vincent Cable. “In big cities and rural England — in both Leave and Remain areas — we have shown ourselves the strongest campaigning force and the big winners of the night.”

Also notably, the UKIP, the heavily pro-Brexit party, also suffered net losses across the country, though made some gains such as in the heavily leave voting northern town of Sunderland. The Green Party, which is also campaigning for a second referendum, saw its gains as partly reflective of the growing concerns about climate change, manifested through school strikes, the rise of the protest movement ‘Extinction Rebellion’ and the declaration of a climate change emergency by Parliament.

While Labour acknowledged that the results fell short of expectations, its shadow Chancellor John McDonnell suggested that the message being sent was “Brexit-sort it”. “Message received,” he tweeted. Jeremy Corbyn also insisted that the swing towards Labour “in many parts of the country” showed they could win seats in a general election whenever that takes place. Labour has long been pushing for a general election as the right route out of the Brexit impasse.

The results will intensify pressure on both Prime Minister Theresa May and Mr. Corbyn, with both parties facing criticism for the decision to take part in talks to attempt to find a route forward on Brexit. While some Conservatives fear that the talks will force Ms. May to bow to Labour demands on customs union membership, many Labour supporters believe that Labour could end up endorsing the Conservatives’ vision of Brexit.

The local elections come ahead of European parliamentary elections later this month, expected to also hit the main political parties, with two new political parties – Change UK (in favour of a second referendum) and Nigel Farage’s Brexit Party (rejecting the government’s vision and pressing for a harder Brexit) – campaigning heavily and set to take part for the first time.

The death toll from Hurricane Dorian in the Bahamas has risen to 43, according to media reports late on Friday. NBC, citing a representative for Prime Minister Hubert Minnis, said the official count is now 43 and the number is expected to rise significantly. The Washington Post reported that 35 people died in the storm […]

The Trump administration is working to designate the Muslim Brotherhood a foreign terrorist organisation, the White House said on Tuesday, which would bring sanctions against Egypt’s oldest Islamist movement. Egyptian President Abdel Fattah al-Sisi asked President Donald Trump to make the designation, which Egypt has already done, in a private meeting during a visit to […]

Pakistan on Friday said that despite tensions with India, it stands ready to open the Kartarpur Corridor and welcome the Sikh pilgrims to take part in celebrations in connection with the 550th birth anniversary of Baba Guru Nanak. Foreign Minister Shah Mehmood Qureshi said this while speaking to a delegation of civil society and parliamentarians […]