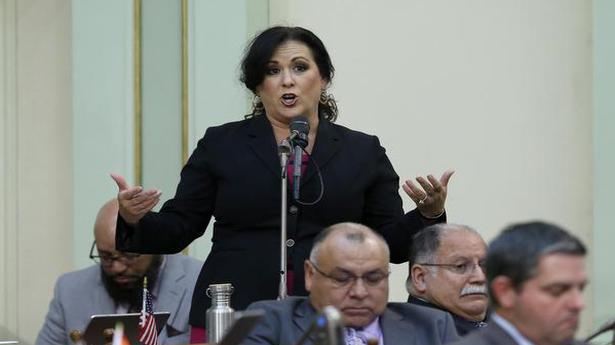 California is giving childhood victims of sexual abuse more time to decide whether to file lawsuits, joining several states in expanding the statute of limitations for victims over warnings from school districts that the new rules could bankrupt them.

It also suspends the statute of limitations for three years beginning Jan. 1 giving victims of all ages time to bring lawsuits if they wish.

“The idea that someone who is assaulted as a child can actually run out of time to report that abuse is outrageous,” said Democratic Assemblywoman Lorena Gonzalez, the author of the bill.

California is at least the third state this year to take this step. Earlier this year, New York and New Jersey raised their statutes of limitations to age 55. New York also suspended its statute of limitations for one year, leading to hundreds of lawsuits against hospitals, schools, the Roman Catholic Church and the late financier Jeffrey Epstein.

Similar lawsuits could follow in California. Seattle-based attorney Michael Pfau says his law firm represents about 100 childhood sexual abuse victims across the state who were waiting on the bill to become law so they can file lawsuits against the Boy Scouts, foster homes, schools and “almost every Catholic Diocese in the state.”

“The breadth of it is staggering,” he said.

The victims include Rich Clayton, who was sexually assaulted by an assistant scout master at his Boy Scout troop at Travis Air Force base in the early 1980s. Clayton, now 50 and living in Hawaii with his wife and five children, said in an interview he spent time in rehab for drug and alcohol abuse.

A few years ago, Mr. Clayton learned his abuser had gotten out of prison, committed another crime, then was sent back to prison and released again. The news sent him in another spiral of drug and alcohol abuse until he tried to hang himself in his closet last year, only to be discovered by one of his children.

“I’ve turned my life back in a positive direction, and I’m trying to work through that event,” he said.

Clayton said he did not sue the Boy Scouts earlier because he “tried to bury that stuff so deep.” He said he did not fully understand the extent of the trauma he had been through until he went through counseling. Now, he wants to hold those responsible accountable.

Without this law, Mr. Clayton said- “Those people that are stuck in some sort of past trauma that happened to them are going to still be stuck.”

A statement from Boy Scouts of America said the organization cares “deeply about all victims of child abuse and [we] sincerely apologize to anyone who was harmed during their time in Scouting.” The statement noted the organization has put in safeguards like mandatory youth protection training and background checks while banning one-on-one interactions.

Even before this year, the Boy Scouts’ finances were strained by sex abuse settlements, and the organization’s situation has worsened with the recent passage of victim-friendly laws in populous states. The organization says it is exploring “all available options” and has not ruled out filing for bankruptcy an outcome considered virtually inevitable by some of the lawyers filing sex-abuse lawsuits.

Much of the opposition to the law in California came from school districts, which warn the law goes too far. Lawsuits filed up to four decades after the fact make it much harder to gather evidence because witnesses are more likely to have moved away or died. Plus, the law changes the legal standard for liability, making it easier for victims to win in court.

And if victims can prove entities tried to cover up the abuse, the court can multiply the damages by three.

“We don’t want to minimize or trivialize the trauma that’s associated with inappropriate sexual conduct in schools,” said Troy Flint, spokesman for the California School Boards Association. “This bill has a very real chance of bankrupting or impoverishing many districts which would inhibit our ability to properly serve today’s students and students in years to come.”

With most coronavirus deaths outside China, South Korea seeks murder charges against church behind outbreak

South Korea sought murder charges against leaders of a secretive church at the heart of its ballooning coronavirus outbreak on Monday as the global death toll rose above 3,000 and the Chinese province at the epicentre reported a fall in new cases. World stock markets regained some calm as hopes for global interest rate cuts […]

Iraqi forces shot three anti-government protesters dead in the southern city of Nassiriya on November 10, police and medics said, adding to scores killed in weeks of unrest that have shaken the war-weary country out of relative stability it had enjoyed since the defeat of Islamic State. Protesters had gathered on a bridge in the […]

U.S. Democratic presidential contender Joe Biden took his resurgent campaign to California on Tuesday in a last-minute push to blunt front-runner Bernie Sanders’ momentum as Americans voted in the largest round of state nominating contests. California, the most populous state, is a tantalizing prize in Super Tuesday elections in 14 states that are the first […]